With A Most Violent Year opening in cinemas on Friday, star Oscar Isaac has told RTÉ TEN that he and co-star Jessica Chastain told each other when they were starting out as classmates at the Juilliard School that they would one day make a film together.

Set in New York in 1981, A Most Violent Year tells the story of Abel Morales (Isaac), a businessman who together with his wife Anna (Chastain) faces a crucial three days in his professional life.

Both actors deliver some of their best screen work to date in the film as the couple, with their scenes together all the more powerful because they have known each other for so many years.

Isaac said of their chemistry: "Jessica and I would get together and basically just go through every inch of the script, dissecting it to get a sense of their history, because so much is implied or not really said at all.... And we were able to build a shared history together.

"The fact that we do have a shorthand, that we've known each other for so long, allowed us to be very honest with each other."

He continued: "Often, when you work with another actor you don't know what their process might be so you have to be respectful of it.

"But with Jessica... We already had a lot of respect for each other so we were able to just be very blunt and say whatever we wanted, no matter how wrong we might be!"

Of their longtime friendship, Isaac said: "We always were such fans of each other's work and have supported each other from the get-go.

"Jessica came to the first few premieres of the very first few movies I did out of school. I did the same for her. We've always kept in touch with each other."

He added: "It's funny, because you never know how it's [acting] going to go. The fact that we'd wanted to do something together and finally we were at the place in both of our careers where we could do basically the dream movie, which is this Seventies-style, 'Golden Era of Film' relationship drama... I just keep not being able to believe my luck!"

Watch out for a full interview with Isaac on RTÉ TEN this Wednesday, January 21. 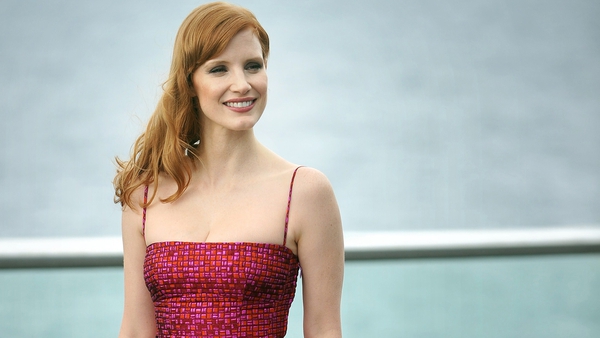