Brendan O'Carroll's Mrs Brown's Boys was the most-watched television programme in the UK on Christmas Day.

The Christmas special had an average audience of 7.6m viewers on BBC One.

It is the second year in succession that Mrs Brown's Boys has topped the ratings.

The top five programmes on Christmas Day on UK television were all shown on BBC One with EastEnders in second place with 7.55 million; Strictly Come Dancing third with seven million; Call the Midwife fourth with 6.8 million and Miranda fifth with 6.7 million.

Rupert Adams of bookies William Hill said: "We have once again underestimated the popularity of Mrs Brown's Boys - it must be a guilty pleasure as nobody in our office admits to watching it."

The second Christmas episode of Mrs Brown's Boys airs on New Year's Eve on RTÉ One at 10:15pm and on BBC One on New Year's Day at 9:35pm. 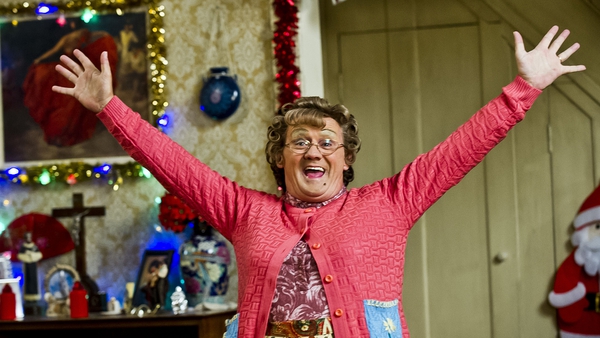 Mrs Brown is the €3.8 million Mammy