It sounds like Jennifer Aniston hasn't completely ruled out a Friends reunion episode.

The 45-year-old actress, who played Rachel Green in the popular US sitcom, joked about having a "Golden Friends" reunion.

When asked by Graham Norton if she would ever consider reuniting with her former cast members, Aniston said, "At this point I honestly think we should just wait until we are really much older and have Golden Friends.

"Then you wouldn't have the comparison."

Aniston also discussed Rachel's viral hairstyle that became the desired cut for women around the globe in the '90s.

She said, "I only had that style for a season and then it was gone. That baby had some legs! My hairdresser was loaded when he gave me the hair cut.

"He had a great time with the blow-dryer but didn't think that I would have to do it myself."

She continued: "He then leaves me with a round brush and hairdryer. I didn't know what I was doing. It was hair hell!" 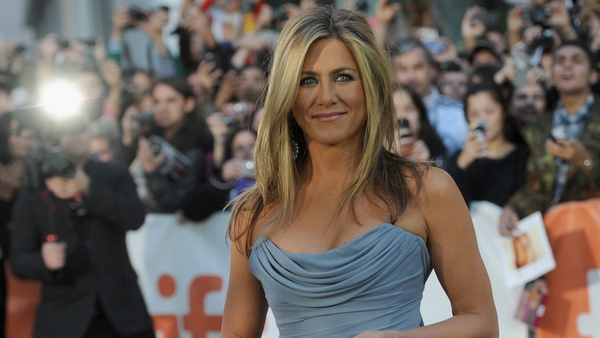