We are all a little space-obsessed since the plucky Philae space probe made history yesterday by landing on a comet, so check out this amazing artists's creation of the solar system to scale.

It's nigh-on impossible to visualise how tiny the Earth is in relation to the universe, but now artist Roberto Ziche has created a beautiful image to capture just that.

The San Francisco-based artist has created an illustration of the solar system to scale, which features the sun in the background with the planets, Moon and the four dwarf planets lined up in the foreground in relative scale of size to one another.

The planets are, in order of left to right: Mercury, Venus, Earth and the Moon, Mars, Jupiter, Saturn, Uranus, Neptune and dwarf planets, Pluto, Haumea, Makemake, and Eris.

On the right edge of the image you can see the relative orbits of each of the planets.

Check out more of Robert Ziche's creations on his website here and you can download the full resolution image here. 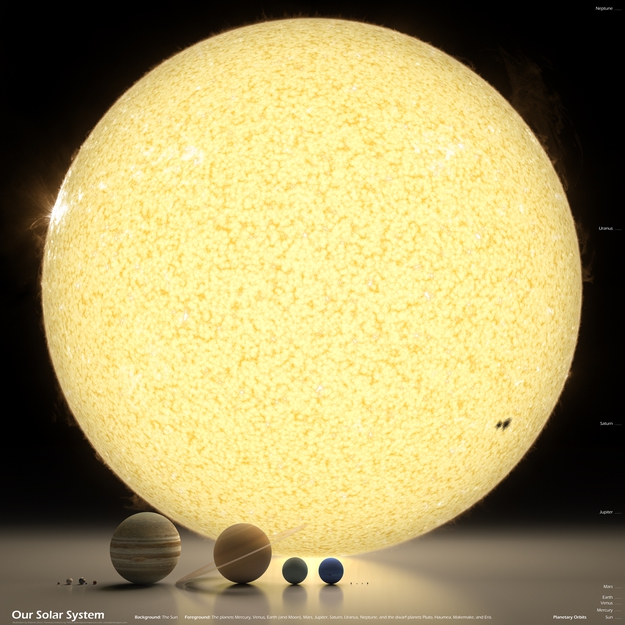