Jennifer Lopez has revealed that she is happy for her ex-husband, Marc Anthony, after hearing of his engagement news to model, Shannon De Lima.

The singer and American Idol judge also told the New York Daily News: "I am totally single. It's not going to be forever. Someone great will come along."

Speaking at the launch of her new book, True Love, in New York this week, J Lo confessed that having such a big entourage put pressure on her relationships: "There's a lot of people in my life and that's hard. There's people in the house. There's hair and make-up. It's a lot, I think, for someone to deal with.

"Forget about all the outside stuff, being judged, being under scrutiny in the relationship, I guess that adds in, but I think they would say that [the entourage] was a big part of their discomfort, if there was any."

Lopez and her third husband, Anthony, ended their seven-year marriage in 2011, three years after the arrival of their now six-year-old twins, Emme and Maximilian.

Anthony, 46, only announced his engagement to Shannon, 26, this week, yet admitted he had actually proposed in March earlier this year. 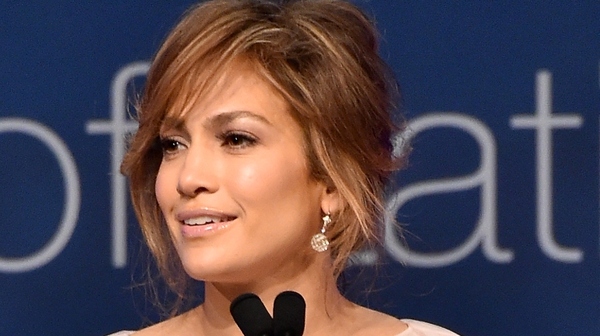