Hunger Games star Liam Hemsworth has opened up about famous friendships, family and his split from former fiancé Miley Cyrus.

The 24-year-old Australian actor has revealed that that he has "no bad blood" towards singer Miley Cyrus, who he was in relationship with for three years. The superstar couple were engaged before they decided to part ways last year.

Hemsworth did say however that he thinks the media blows a lot of situation out of proportion. Speaking the Nylon Lads magazine he said: "I think when people see photos of you out and about in your personal life, they assume that you've asked for it or that you want that attention, but I don't think anyone in their right mind asks for that kind of thing."

Liam also spoke to the magazine about his childhood revealing that he was not the best behaved child growing up.

"I think everyone agrees that I was the naughtiest as a kid. My uncles used to call me ‘Devil Child,’ or ‘Triple’ for triple six. They used to tell my brother Chris that they were going to get the demons out of him because he was also a little crazy.

"But to me, they’d just be like, ‘You’re too far gone. There’s no exorcising you anymore'."

And Hemsworth admitted that he has a real friendship with his Hunger Game co-stars. "I’ve been friends with all these people for so many years now…. I’m so lucky to have Jennifer [Lawrence] and Josh [Hutcherson] and Woody [Harrelson] and all these other great people.

"We’ve created really strong bonds. It’s like high school because we’ll mess around for half the day and then we’ll do a little bit of work. Everyone’s goofing around and trying to mess each other up. Woody’s like a little kid. Me and Jen [Lawrence] always call him a Labrador because you throw something and he’ll fetch it.

"When he does turn it on, he’s got the most intense, crazy look in his eyes. He’s such a great actor, yet he can be so free and just have fun with the whole thing." 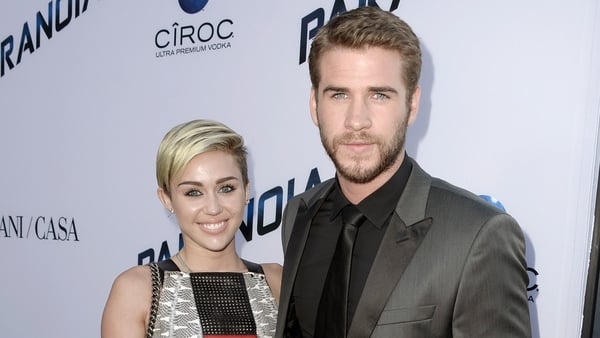