Nicolas Cage has said he is proud of all of the film's he has starred in, even if they weren't all very well received.

The 50-year-old Oscar-winning star opened up about his career to The Times Magazine saying, "I'm proud of the chances I've taken. They haven't all worked, but I had a concept and I've pushed for it.

"It's probably annoyed a lot of critics and a lot of people who didn't get in step with it, but I'm proud of it. Tolstoy said something to the effect of, it doesn't matter whether the response you get is love or hatred, because you've created an effect. What's not worthwhile is when it sits there and people forget about it. But whether people love it or hate it, at least you've done something. That gives me some solace."

He continued, "Sometimes I feel like an outsider. When you're endowed with an original way of thinking, or with a highly active imagination, you can quickly become ostracized. You can feel isolated and misunderstood."

Cage, who is the source of many an internet meme, added that he does care what people think of him, "I care about what people think of me. Some of the snarky comments people make can get under my skin. I can be a bit of a broken record at home when I read the things that are said about me. But I have to just stop belabouring these things and let it go, rather than complaining to my wife all the time." 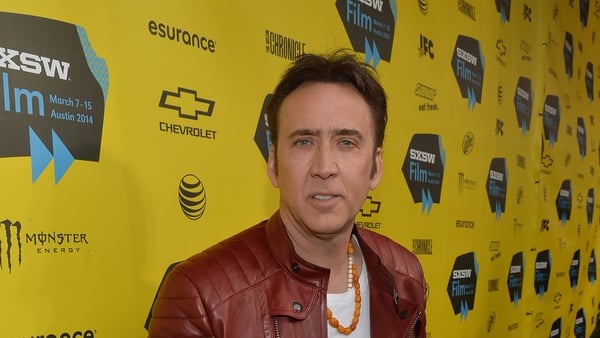