Dave Fanning will broadcast a two-hour interview with U2 frontman Bono today on 2fm kicking off at 10am. He talks about U2's relationship with Apple and the controversy surrounding the release of Songs of Innocence.

Fanning carried out the interview in Bono's house in Dublin ton Friday(September 19) and up for discussion was U2's new album, Songs of Innocence, the backlash over the Apple iTunes free album download, and new tracks currently being recorded by the band.

Speaking about a track about his mother Iris on the new album, Bono says: "We were always the band to divide people, not to unite people. That’s it.  To sing, 'In the name of love/What more in the name of love,' it was as uncool in 1984 as it is now and that’s why people came through the doors. To sing about your faith: how uncool is that in rock ‘n’ roll? To sing about your mother; come on, shut up! Except John Lennon did it, Kurt Cobain did it, Eminem has done it. What is the point in being in U2 if you can’t go to those other places?"

"There’s lots of other technology companies who’ve become very rich on musicians not getting paid. So it’s a perfect relationship to work with them."

And on the controversy surrounding the method in which U2 released Songs of Innocence Bono says: "The same people who used to write on walls are in the blogosphere. The blogosphere is enough to put you off democracy!

"No…let people have their say. They’re the haters; we’re the lovers. We’re never going to agree.. People who would not normally be exposed to our music have got a chance to listen to it. Whether they hold that to their heart or not, we don’t know. Whether those songs will be important to them, in a week’s time we don’t know. But they’ve got a chance and that’s gotta be exciting for a band who’ve been around as long as we have..

You can listen to the interview here from 10am

EXCLUSIVE: Dave Fanning interviews BONO in a 2hr special this Sunday 10am on @RTE2fm @Davefanningshow @U2 #u2 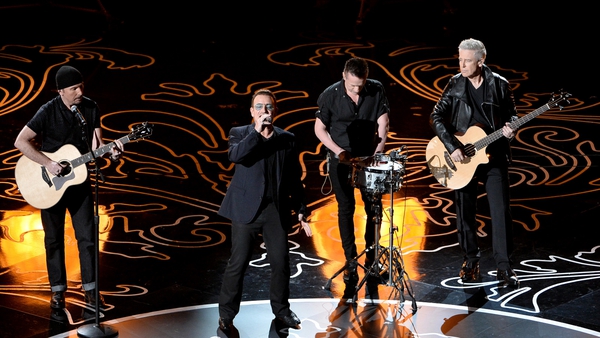