Rachel McAdams stars in Anton Corbijn's A Most Wanted Man, which hits cinemas on September 12, read a Q&A with the actress here.

To find the perfect partner to play that, you needed a good actor to play Issa, so was there a lot of rehearsal with Grigoriy [Dobrygin]? It’s a very palpable relationship that you guys have and I was really looking forward to see how it would progress.
Rachel McAdams: Well thank you very much. He’s a wonderful actor to work with and a really, really soulful person which he brought to Issa. We had a little bit of rehearsal with Anton and went over all of the scenes that we would have together. We had a conversation about how far they should go romantically, which I think we were all fairly resistant to. I think you could get a slight sense that if the world was a different place, life would be very different for these two, which is tragic as well and I think we wanted to play with that a little bit. But not to distract from the fact that my character is still a professional and supposed to be good at her job, (laughs.) So that was an interesting thing to temper, and Grigoriy is so open and available as an actor and we got to play a lot and see how far we could push these characters without undermining them.

You had some really great scenes with Philip [Seymour Hoffman[, can you talk about the relationship between Annabel and Gunther Bachmann?

RM: I think it’s a pretty contentious relationship to begin with and they are on opposite sides. She’s dealt with these organizations before and it’s never turned out well. She’s coming into it with that chip on her shoulder and the fact that he kidnapped her and kept her in a basement jail cell, (laughs) puts them at odds with each other. It’s a dirty business and the stakes are high and eventually not probably by her own choice, they will have to play the game. She just hopes that he is as well intentioned as he says he is.  So it’s heartbreaking in the end when it doesn’t go the right way.

That scene at the end is where it all goes wrong is amazing. Anton actually said that what we saw on screen wasn’t part of the script, in fact Philip’s primal reaction was something he threw in.

RM: That was really surprising. The scene was so interesting because when I read it in the book I always imagined it would be a really dramatic blown out Hollywood ending kind of scene. Like in a movie where there are cars on fire and people running and screaming, and complete mayhem. But we shot it and it was over before we knew what had happened. I think that’s exactly the point, and it was really smart of Anton that the final scene happened in broad daylight. But it’s like it happened in the middle of the night, and this life was taken and potentially would never be heard of again, but there’s no evidence of that and it was just a whisper. I think the impact of that was so much more chilling than if you had had this overly amplified scene. But it needed something, it needed some drama and Philip’s reaction really rounded out that scene very well.

When you get to shoot in a place that you are not familiar with, like Hamburg, did that add to the experience of how you formed Annabel?

RM: Shooting in Hamburg most definitely enhanced the experience. Hamburg is just a particular kind of place. It’s a port town with lots of people coming and going and it’s very culturally diverse. It went through a real adjustment period after 9/11. You can feel that there and Anton captured a lot of that, as well as the essence of the place and how it has a real international feel to it.

When I talked to Willem Dafoe earlier this month, he said that working on films like these, with an international backing, and international cast and stuff, it inspires him to chase after movies like this from now on. But as a working actor, there must be this catch 22 of doing commercial movies in order to work on smaller films that are more interesting to you. Is there a middle ground?

RM: It’s a good question. I think I always believe that you should be doing something that you feel passionate about, whether it does big business or not. You can never guarantee something is going to work or resonate with the audience. It’s such a crapshoot.  Making a film, it’s just the right combination of people and place and time, and whatever is going on in the world around you. It’s so elusive. I think you start with a desire and a yearning to tell a certain story, and you kind of have to let the rest go. Maybe that’s very naïve, but so far that’s what I have tried to do.

What throws me off, because I talked to Anton last week, was that he said that he didn’t feel like he was a filmmaker until he made this film.

I love how you call every character in this film a bit lonely, how do you explain that?

RM: Anton and I talked about it a little bit and I thought, is there room for that in this movie? There are so many plot lines to follow, so many details and so many people to meet, is there room for this pervading sense of how everyone is on their own. And I am just amazed that Anton brought that through. There was always attention to that on his part and it’s kind of just a feeling or an essence or an underlying quality to the film. I think it’s really beautiful and heartbreaking. No one can trust anyone because everyone is suspicious of each other. Everyone is trying to come together to do the right thing but there’s no real collective.

A Most Wanted Man is in cinemas from September 12. 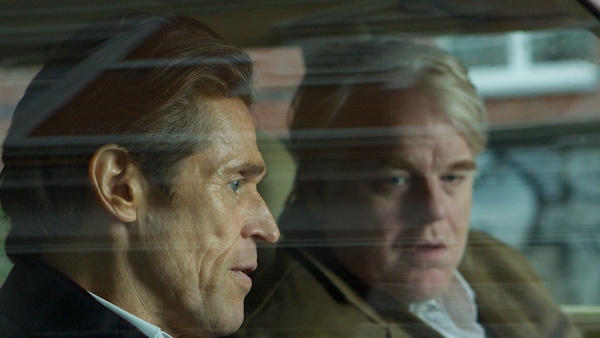 Watch: Philip Seymour Hoffman in A Most Wanted Man