Harry Guerin: Congratulations on the book – a beautiful job that will bring back a lot of memories to a lot of people. How long have you been promising yourself to write it?
Bruce Pavitt: A couple of years. I was inspired by the photo of Kurt in front of the cross at the Coliseum. I really wanted to share that epic image.

Your photos beautifully mix the realities and romanticism of life on the road – sweet but not sugar-coated. How much of an eye-opener was that whole tour experience for you?
Touring in a cramped van night after night is a grind. However, the sights of Europe were stimulating and profound, especially for Kurt, who grew up in a small logging town in Washington.

At the start of the book, you arrive in Rome to see Nirvana play, only to hear they're thinking of breaking up. Were you worried or did you think it was a storm in a tea cup? Could you sense fault lines then?
I was less concerned about the break-up, because there was such momentum to simply get to London and finish the tour. I was not so sure that Kurt would regain the confidence to pull off an amazing show once reaching London. He was extremely exhausted when I met him in Rome.

Did anyone in Nirvana have a sense then that they were on the cusp of something?
The London Lamefest showcase was the definitive turning point. "Nirvana is Sub Pop's answer to the Beatles" from NME was a career high endorsement.

Nirvana's touring partners in Europe were Tad. They should've been huge – great songs, superb live, charismatic frontman. Why do you think it didn't happen for them?
Their next album, 8-Way Santa, was their best, but was pulled a few weeks after its release date due to a lawsuit over the cover art. By the time the record was re-released, it had lost momentum. Sad but true. Great band.

What did you learn about yourself on that trip through Europe?
It's important to stay focused on the prize. The entire tour was essentially about getting to the London show. The British media (NME, Sounds, Melody Maker) was crucial to breaking bands globally. Touring most of Europe without finishing would have changed history. In short, I learned it's important to stay focused 'til the end, no matter what.

Is there one particular memory from that trip that stands out?
Sharing espresso with Kurt in Rome, along with my [Sub Pop] partner Jon Poneman, talking about our favourite bands - Stooges, Pixies, Beat Happening.

Do you feel more happy or sad looking back at the photos?
It was an exciting time, navigating the indie underworld with Nirvana before they [blew] the scene wide open with Nevermind; however, it's 'til hard to believe how everything ended. Mixed emotions.

Do you ever wonder what would've happened if you hadn't taken that trip?
Yes. It's possible that Nirvana would not have finished the tour without our last-minute encouragement. It's also possible the bidding wars of the following year would not have unfolded.

In the jokey liner notes to the Sub Pop compilation The Grunge Years you say: "They were the best of years, the worst of years." How much truth is in that line?
Great music, massive levels of stress trying to keep the label together with few resources.

When are we going to get a full Bruce Pavitt memoir?
That would be a very dynamic history, as much of what I've experienced post Sub Pop/Nirvana is more interesting to me than what happened in Seattle during the late 80s/early 90s. However, I can also state that the early/mid 80s were quite an interesting period for myself, as well as for indie music…and some of that history will be unveiled with my next book on Bazillion Points, Sub Pop USA.

Have you now become old enough to despair about the state of music today?
Haha. There are always bright spots. But I am old enough to remember listening to the Beatles, the Stones, James Brown and Dylan on pop radio.

Who do you think are the one band that got away from Sub Pop?
The White Stripes. Jack White was the lead guitar player for The Go, an awesome garage band from Detroit, who released Whatcha Doin' in 1999 on Sub Pop… unfortunately, he didn't bring the White Stripes to Sub Pop…

Experiencing Nirvana - Grunge in Europe, 1989 is published by Bazillion Points. 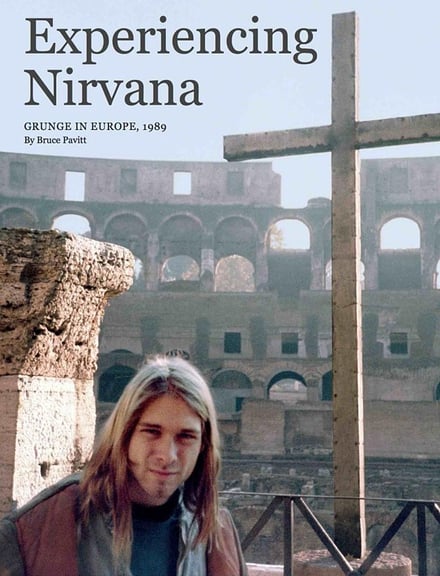 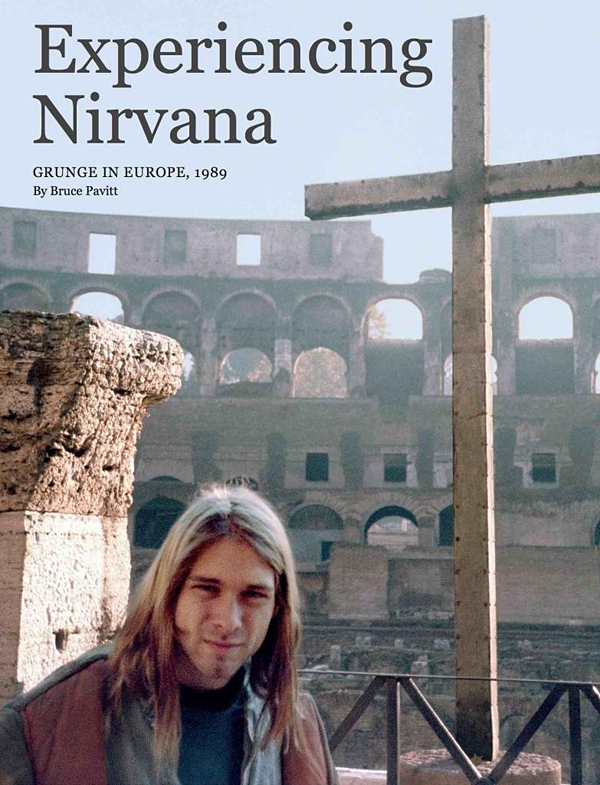