Neil Young has filed for divorce from wife, and the inspiration for many of his love songs, Pegi, after 36 years of marriage.

Young filed for the dissolution of their marriage in their hometown of San Mateo, California, on July 29 and a hearing is scheduled for December.

Young wrote Such a Woman, Unknown Legend and Once an Angel for Pegi and she began singing back-up at his live shows in the 1990s.

They first met when she was working as a waitress at a diner near his California ranch and Young recalls the moment on his Unknown Legend from his 1992 album Harvest Moon: "I used to order just to watch her float across the floor/She grew up in a small town/Never put her roots down."

Inspired by the lack of educational opportunities for their son Ben, who suffers from cerebral palsy, they co-founded the Bridge School in 1986, which educates children with severe physical impairments.

The couple last performed together at the Bridge School Benefit, in October of 2013. 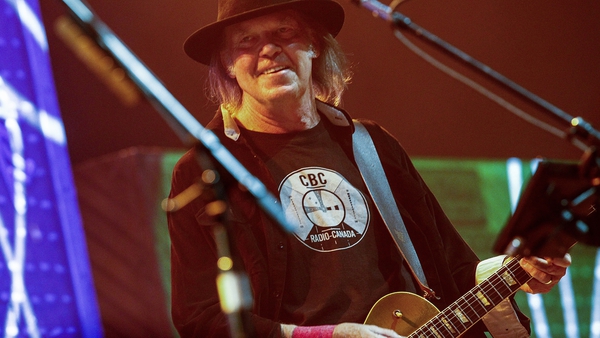