Robbie Williams has joined the ever-growing list of celebrities who have done the Ice Bucket Challenge to raise money and awareness of Motor Neurone Disease.

Before he got iced, Williams said: "This is for ALS. My gorgeous wife is going to throw the ice on me.

"We have already done it, but the tape ran out!"

His wife Ayda Field, who is pregnant with their second child, then poured a large ice bucket over the singer's head as he sat there patiently and maybe even...could that be a smile?!

Benedict Cumberbatch, Simon Cowell, David Beckham and Victoria Beckham have all done the challenge over the last week.

Closer to home, Miriam O'Callaghan did the Ice Bucket Challenge last night in the season finale of Saturday Night with Miriam. Not only that but she raised over €5,000 for The Irish Motor Neurone Disease Association (IMNDA).

You can donate now via her MyCharity site here: www.mycharity.ie/event/saturdaynightwithmiriam/ 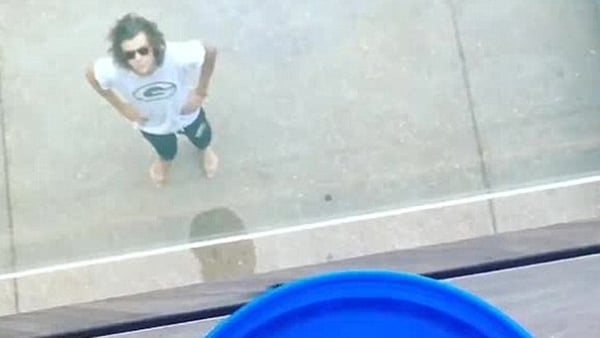