Check out the first of our video interviews from the RTÉ One new schedule launch with Bláthnaid Ní Chofaigh and the team from Ireland's Fittest Families.

RTÉ One, Ireland's most popular channel, today launched an exciting new season of home-produced and acquired programming, with over 35 new shows plus 24 returning series.

The season will see over 600 hours of home-produced programming and over 90 hours of Irish drama, along with 13 new factual documentaries and five brand-new arts documentaries.

We're very excited to hear that The Imelda May Show has been green-lit and will return to our screens for a full series.

RTÉ One is definitely the place to be on a Sunday night with the long-awaited new series of Love/Hate and The Fall plus brand new three-part drama Charlie – starring Aidan Gillen and Tom Vaughan-Lawlor.

Other highlights include a two-part documentary series Women On The Inside which goes behind the walls of Ireland's women's prisons.

Whose Holiday is it Anyway? is a brand new show that will see parents hand over the power of their holiday plans and the entire holiday budget to their children.

There will be plenty of tasty treats on RTÉ over the coming months with brand new shows from Donal Skehan, Rachel Allen and a search for Ireland's next big supermarket food product in Taste for Success.

Speaking today Glen Killane, MD RTÉ Television, said: "As Ireland's public service multimedia organisation, RTÉ is committed to delivering the broadest range of value-for-money programming on RTÉ One. This season RTÉ One will deliver the best in Sunday night drama, landmark documentaries and big family entertainment. Ireland's biggest channel will be living up to its deserved reputation for quality programming mixed with the very latest, in-depth news and current affairs."

Acting RTÉ One Channel Controller Ryle Nugent said: "It is a challenging, competitive and exciting time for broadcasters in this country – and RTÉ One is the market leader. I'm genuinely proud of what we are unveiling today and confident that the programming on offer will both engage and entertain the Irish audience. RTÉ One is the number one channel in a crowded market. We aim to strengthen that position.

Here's a full rundown of new and returning programmes to RTÉ One this Autumn/Winter:

Drama on RTÉ One

(NEW) CHARLIE
Charles J Haughey (Aidan Gillen) navigates the corridors of power from the Dáil to the grand salons of Europe as he does battle with political players both close to home and abroad. Produced by Touchpaper and Element Pictures, this three-part feature length drama is co-funded by the Broadcasting Authority of Ireland with the Television Licence Fee. 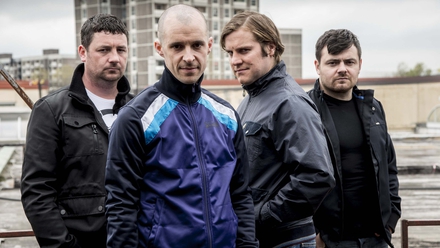 LOVE/HATE
Love/Hate returns for a fifth season. Nidge (Tom Vaughan Lawlor) is once again king of all he surveys. The debilitating paranoia that grew from his guilt – over Darren, over Linda, everything he's done – has passed as he has narrowly avoided prison following Moynihan's surveillance operation.

THE FALL
Gillian Anderson and Jamie Dornan return for a brand new series of The Fall. The second series picks up immediately where series one left off, with Detective Superintendent Stella Gibson (Gillian Anderson) in pursuit of Paul Spector (Jamie Dornan).

Factual on RTÉ One

(NEW) WOMEN ON THE INSIDE 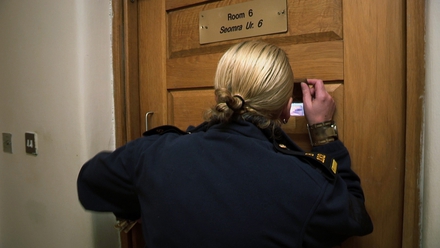 This new two-part documentary series, filmed behind the walls of Ireland's women prisons, depicts life inside, allowing us a rare glimpse into a world so few of us see.

(NEW)  DÓNAL ÓG CUSACK – PRIDE
Dónal Óg Cusack, three-time All-Ireland winning Cork hurler and one of our first high-profile sports personalities to come out, journeys throughout the country asking how much life in Ireland has changed for gay people in the two decades since the de-criminalisation of homosexuality.

(NEW) CLOSE TO EVIL
Close to Evil charts Bergen Belsen concentration camp survivor Tomi Reichental's quest to meet one of the women who held him in captivity in Belsen and to investigate her claims that she is 'a victim of victor's justice'.

(NEW) UP AND UNDER: THE LIFE OF O'REILLY
RTÉ's Business Editor David Murphy charts the highs and lows of Tony O'Reilly's remarkable career and speaks to those closest to him.

(NEW) WE NEED TO TALK ABOUT KEVIN
This revealing documentary looks in-depth at Kevin McGeever's disappearance, examines his past and tells the sequence of events that culminated in his dramatic reappearance.

(NEW) BALLYFIN: THE STORY OF AN IRISH COUNTRY HOUSE
This documentary tells the story of the history of Ballyfin, how it played an important role in the political, artistic and social life of nineteenth century Ireland, and how it was abandoned by its Anglo-Irish owners at the beginning of the twentieth century.

(NEW) POWER IN THE BLOOD
In Power in the Blood, Ella McSweeney examines what makes Irish thoroughbreds such consistent winners.

(NEW) PORNATION
This new two-part documentary series looks at the scale and impact of pornography consumption in Ireland and asks what it might mean for both adults and young people.

(NEW) LIFE AFTER CARE
Life After Care follows the lives of a number of young people in the wake of state care.

(NEW) THE ENTREPRENEURS
Filming all over the country, The Entrepreneurs finds out what makes Ireland's most dynamic and charismatic go-getters tick.

(NEW) THE INSIDERS
From the opening up of Croke Park and the ending of Rule 42, the hosting of the Special Olympics, and the impact of the online travel revolution, we talk to the insiders intimately involved at turning points of Irish history.

(NEW) THE BEE
In this fascinating documentary, award-winning director Garry Keane meets some of the children from over 1,000 schools throughout Ireland who took part in the Eason Spelling Bee 2014.

Returning: Crimecall, Ear to the Ground, Firefighters, The Science Squad, Eco Eye, What in the World, The EY Entrepreneur Of The Year Awards.

Arts on RTÉ One

(NEW) MAN ON BRIDGE
Man on Bridge tells the story of Arthur Fields, the legendary street photographer who stood on O'Connell Bridge in Dublin from the 1930s to the 1980s taking and selling photographs of ordinary people as they passed by. 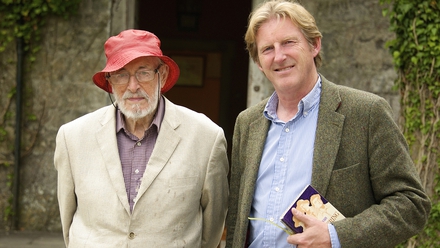 In this documentary, commissioned to mark the 50th anniversary of Brendan Behan's death, actor Adrian Dunbar sets out to distinguish the man from the myth.

(NEW) BEING JAMES GALWAY
An intimate and revealing documentary on the life, work and legacy of Sir James Galway, a genius and maverick in the world of classical music.

(NEW) GRAY MATTERS
This new documentary explores the legacy of Irish furniture designer Eileen Gray who was for many years a forgotten figure in the history of Irish design.

Entertainment on RTÉ One

(NEW) THE IMELDA MAY SHOW
Filmed in front of a live studio audience, The Imelda May Show celebrates Ireland's love of music, hosted by the one and only Imelda May. The show will feature chat and live performances from legendary musicians and brand new acts from Ireland and around the world. The Imelda May Show will also feature exclusive additional broadcasts on the Ronan Collins Show on RTÉ Radio 1 and on RTÉ Player.

(NEW) WHAT'S ANOTHER YEAR: THE SHAY HEALY STORY
Over a career that's spanned five decades, songwriter, broadcaster, journalist, author, documentary director and raconteur Shay Healy has added greatly to the gaiety of the nation. In this one-hour documentary Shay, along with friends, colleagues and family members, looks back on a long, distinguished and occasionally turbulent life and times. 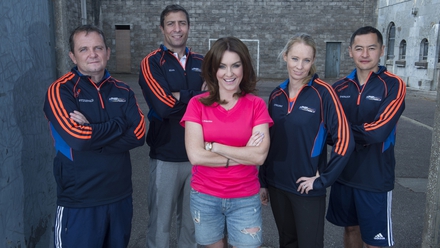 Following its hugely successful first series on RTÉ One, Ireland's Fittest Family is back. New coaches Derval O'Rourke and Jason Sherlock join Davy Fitzgerald and Kenneth Egan in the search for the country's fittest, fastest and strongest family. Plus RTÉ Player will have exclusive additional online content.

Lifestyle on RTÉ One

(NEW) WHOSE HOLIDAY IS IT ANYWAY?
Whose Holiday is it Anyway? is a brand new show that will see parents hand over the power of their holiday plans and the entire holiday budget to their children. 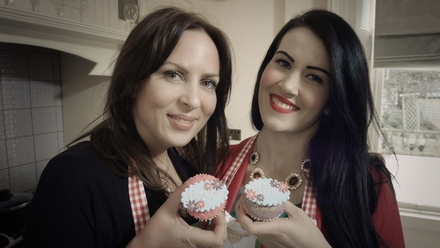 Aisli Madden and Cat Lawlor are on a mission to help the helpless, to demonstrate basic life skills that came so naturally to our parents' generation but not so easily to 20 to 30-somethings.

(NEW) TASTE OF SUCCESS
RTÉ, in association with Lidl Ireland, has launched a nationwide search to find Ireland's next great supermarket food product.

(NEW) OPERATION TRANSFORMATION CHRISTMAS SPECIAL
After seven series and almost 40 leaders, we take a look back at the growth of Operation Transformation.

(NEW) THE SPEECH
The Speech is a life-affirming series that follows people overcoming their fear of public speaking with the help of a celebrity speech coach.

(NEW) RACHEL ALLEN: ALL THINGS SWEET
In Rachel Allen: All Things Sweet, Rachel conjures up everything from cakes for elevenses to perfect treats for afternoon tea, children's cakes and dinner party centre pieces. 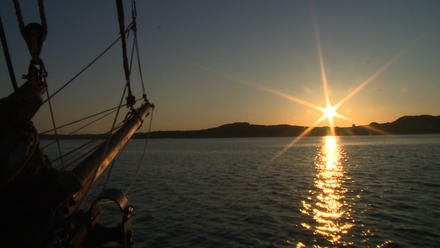 This intimate documentary follows the life of the legendary Cór Chúil Aodha (The Coolea Men's choir) over a two-month period.

(NEW) ONE MILLION DUBLINERS
One Million Dubliners reveals the often unspoken stories from Glasnevin Cemetery of ritual, loss, redemption, emotion, history - and the business of death. 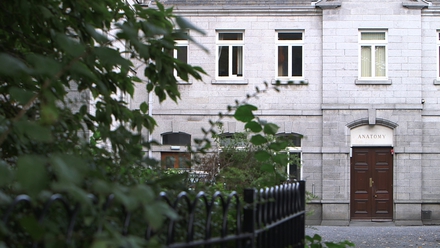 A Parting Gift secures unprecedented access to tell the story of the Body Donation Programme at Trinity College, Dublin.

(NEW) GUESS WHO'S DEAD
Presented by Ardal O'Hanlon, this documentary explores the changing life of the Irish Death Notice: a simple calling card for family, friends and communal mourning.

RTÉ News & Current Affairs
RTÉ News is available 24-hours-a-day on the RTÉ News Now channel and on the RTÉ News Now app and at www.rte.ie/news. On RTÉ One, the new season will feature the latest Irish and International news and analysis across Prime Time, Morning Edition, Nationwide, Oireachtas Report, Leaders' Questions, and the One O'Clock, Six One and Nine O'Clock News programmes.