Lady Gaga has said that recording a jazz album with Tony Bennett was easier than recording a pop record.

The 28-year-old hitmaker spent two years recording Cheek To Cheek with 87-year-old Bennett, which will be released in the autumn.

Speaking at the duo's taped performance at Jazz at Lincoln Centre in New York City, Gaga, real name Stefani Joanne Angelina Germanotta, said: “I’ve sang jazz since I was 13 years old, which is kind of like my little secret that Tony found out. So this is almost easier for me than anything else.”

Meanwhile, Bennett said fans would be impressed with Gaga’s vocal performance on the upcoming album.

“They’re going to say we had no idea she sings that well. And they’re gonna say they had no idea that Tony dressed so crazy".

“When you come out in your meat dress Tony, nobody is going to know what’s going on.” 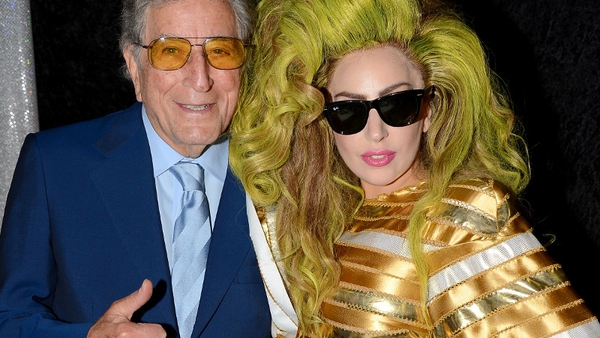