With their film Begin Again opening this Friday, July 11, James Corden has paid tribute to Irish writer-director John Carney, telling RTÉ TEN the Dubliner's wisdom is of "Yoda status" and that he would "work with him every day of the year" if he could.

Begin Again tells the story of a singer (Keira Knightley) and a record executive (Mark Ruffalo) who rediscover their love of life by working together, with Corden playing Knightley's busker friend.

Asked about his experiences of working with Carney, Corden told TEN that the Once director was "absolutely the beating heart of the film", and that he even learned from him as they shared a lift to work every day.

"We would just have so many great chats," recalled Corden. "I don't even know if he realises it himself, but he's really full of wisdom.

"I remember him saying one thing to me, which was: 'You've got to be careful that you don't need too much money, because that's when you'll have to stop making the creative choices that you want to make. Just make sure you never need that much money and you will always creatively be fulfilled'."

Corden continued: "And another thing he said to me was: 'At the end of the day, it all just comes back to family'. He says these things without even realising, I think, that I or you or whoever he's talking to will take these things and hold on to them as pieces of wisdom forever."

"I think he is inspiring and brilliant, and I'm so proud to have been in one of his films," he said. 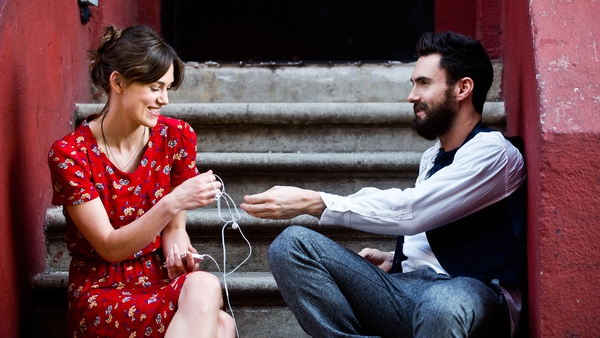