It looks as though Bradley Cooper has a new bromance this Wimbledon with Bear Grylls taking the seat occupied by Gerard Butler last year, but sadly there have been no selfies yet. 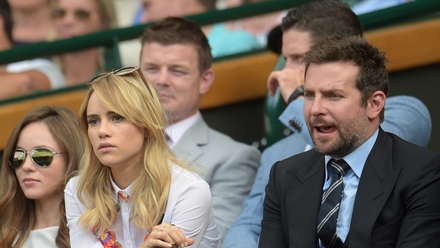 Waterhouse and Cooper were engrossed in the match...and there's our own Brian O'Driscoll right behind them! 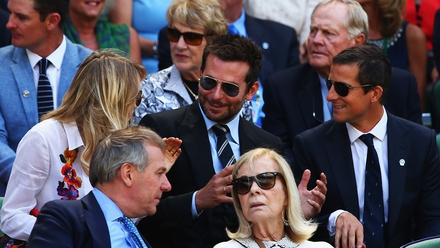 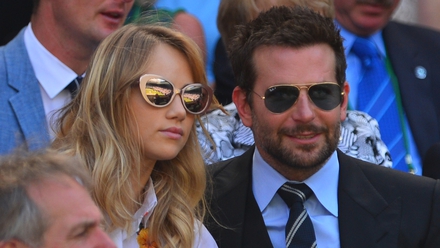 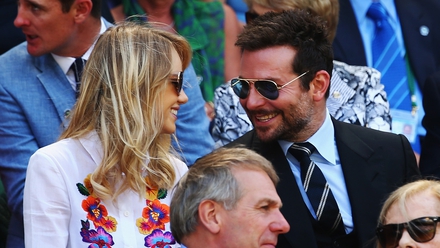 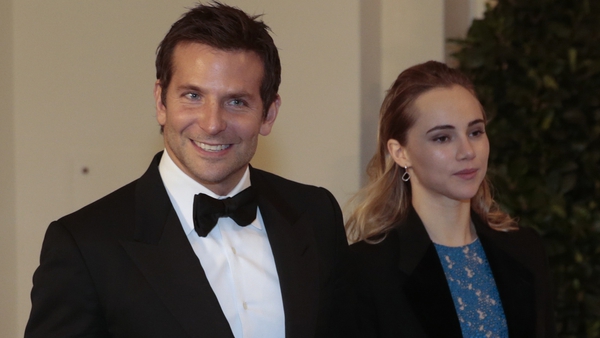 Bradley Cooper thinks Suki Waterhouse is the one