The Who have announced a 50th anniversary tour, with plans for a new album, their first since Endless Wire, released in 2006.

Guitarist and songwriter Pete Townshend has revealed that he has given Roger Daltrey three new songs which have apparently gone down well with the singer.

Townshend revealed that the new album may well take the lead from Daltrey's recent album with Wilko Johnson. "We might try to make the album in a more basic way than we usually do," said the guitarist.

He did, however, warn that he tends to write in song cycles, so the record might end up being "more prog rock than pub rock". Both musicians intend to lay down tracks together this summer, with a number of collaborators. Original Who members Keith Moon and Jon Entwistle are both deceased.

The forthcoming tour is described by Daltrey as "the beginning of the long goodbye." The band will play nine arena shows across the UK in November and December.

The show will feature lesser known songs from The Who's career, as well as classic hits such as My Generation, Won't Get Fooled Again, Baba O'Riley, I Can't Explain and Pinball Wizard. 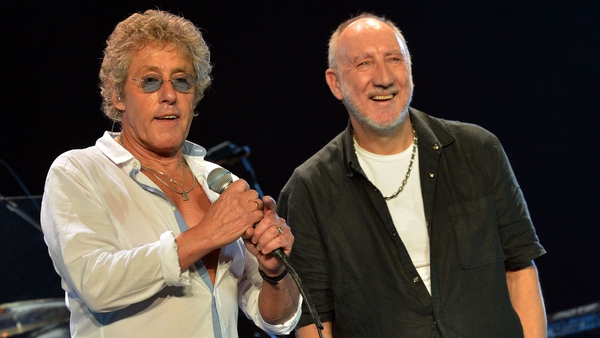 The Who to release new material for their 50th anniversary Entertainment