Kristin Bell has spoken about being a mum to her 15-month-old daughter saying it is ''far more rewarding than exhausting''.

The 33-year-old Veronica Mars actress, who is married to Dax Shepherd has spoken about watching their daughter Lincoln grow up and become more independent.

Speaking to People.com Bell said: ''She's delicious. It's such a fun age. I feel like having a toddler is exhausting and extremely rewarding - and far more rewarding than exhausting.''

She also revealed how she tries to spend as much time as possible with her daughter including when she is working out.

''My go-to workout is usually hiking. I often will strap the baby to my chest for the hike.

''[Hiking] is easy because sometimes it doesn't actually take me away from anything because my whole family's coming on the hike.''

The Frozen actress married Dax, 39, in a low-key ceremony in Los Angeles last October and the couple hope to have more children as soon as possible.

Bell previously said: ''I would love to give her a sibling. I had two older sisters and I think the relationship between siblings is so special. You're able to share that, 'We're all in this together,' feeling.

"Because growing up is, like, the worst. Your body hurts and you can't communicate with anyone, and you think you know stuff before you know it, and your parents are idiots, and they're embarrassing.'' 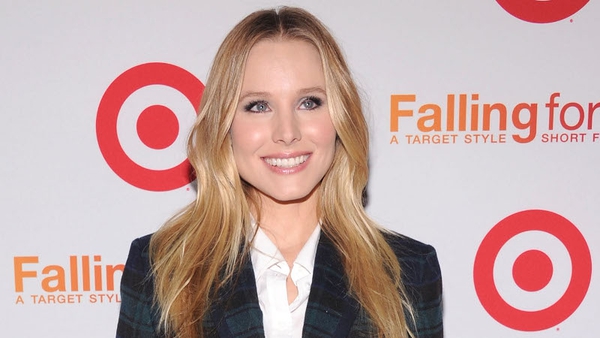