To mark the 90th anniversary of film studio MGM and to celebrate the new re-mastered Blu-ray release of the classic The Good, the Bad and the Ugly, renowned food artist Carl Warner has given new meaning to the term Spaghetti Western.

Using spaghetti and over 20 other Italian ingredients, Warner has recreated Clint Eastwood's iconic Man with No Name character from the movie.

Warner said of his installation, which has been endorsed by Eastwood: "Over my 25-year career this is the first time I have brought a film scene to life. Having grown up with the Spaghetti Western trilogy, the imagery and music from those films are indelibly printed in my childhood memories and lent themselves so perfectly to my style that it was the perfect canvas for my film foodscape debut."

He continued: "The term Spaghetti Western was coined because of the films' Italian origins, and I have been inspired by Italian ingredients throughout my career, but was surprised how well they lent themselves to Sergio Leone's stunning vistas and the central figure of The Man with No Name, portrayed so brilliantly by Clint Eastwood."

"Pasta is very much the Lego of the food world and I find these fantastic Italian ingredients really lend themselves to natural looking desert and Mediterranean landscapes," he said.

"There is a real organic element to the compositional values of the food - from pasta shells forming rocks to dried spaghetti making perfect tumbleweed, through to the swirling layers of white cooked spaghetti bringing the skies to life, partly inspired by Van Gogh's work." 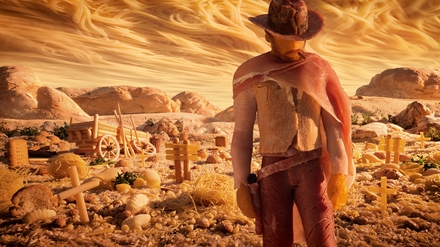 The Good, the Bad & the Ugly Re-mastered Edition is available on Blu-ray now from MGM and Twentieth Century Fox Home Entertainment 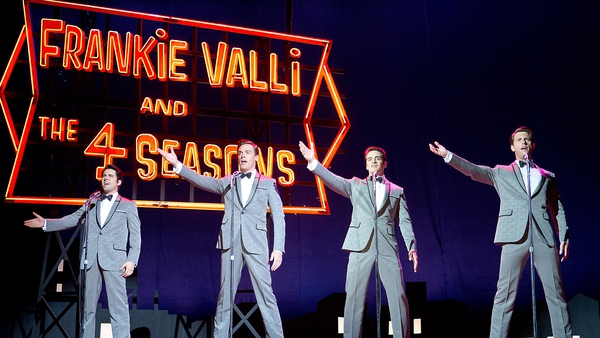