The 2014 World Cup kicks off in Brazil this week and there's no escaping the footie anthems that come our way every four years - from the seriously catchy to the, well, seriously naff.

1: Yer Man - Dana & the Northern Ireland World Cup Squad (1982)
Dana released the official 1982 World Cup song for the Northern Ireland football team, simply called Yer Man. Although this track is the epitome of cringey, there's no denying its catchiness. Features the memorable lyric: 'When yer man gets the ball/We'll be cheering one and all' and 'Viva Northern Ireland/We're off to Spain.'
2: Far Away in America - Village People and German team (1994)
Yes, this gem featuring the 1994 German World Cup team and YMCA hitmakers Village People was actually an official World Cup Song.The video sees the band performing the song in their signature costumes, while the German squad awkwardly dance along in the background - hilarious viewing!
3: A Special Kind of Hero - Stephanie Lawrence (1986)
Mexico opted for a very slowed down and emotional track in its attempt to get soccer fans pumped. For some reason, we can't exactly imagine this one being an electric stadium anthem.
4: We Are The Champions (Ding a Dang Dong) - Crazy Frog (2006)
Back in 2006, the ever-irritating Crazy Frog featured on what felt like every second TV advert, so it was no surprise the animation brought out a World Cup song that same year, with a version of Queen's classic We Are The Champions.

As much as this effort by Spice Girls offers some 90s' nostalgia, the song doesn't have any World Cup anthemic quality to it and the video is pretty terrible. 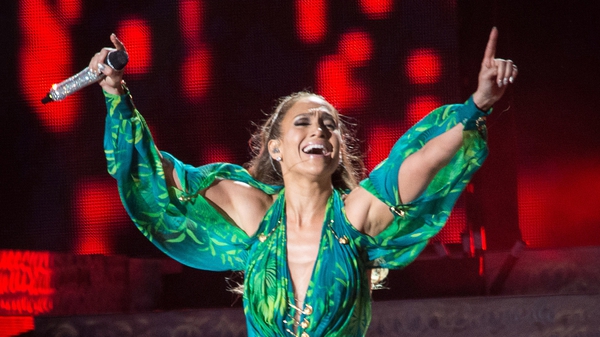