David Gray says that Ireland was the first country to let him sing and that he and his family had considered moving here.

Speaking to RTÉ Ten, he said: "It was the Irish that first heard me and sort of let me sing so this is where it all for started, originally down to just a few people bringing me over to do some shows in Whelan's and a show in Cork.

"I hit it off with the audience, well there was an audience, which was a major advantage at that point in my career. Hahaha. That was what impressed me - people came to the shows and I kept coming back. It built in a word-of-mouth kind of way and then White Ladder happened and it went stratospheric."

Grey's wife Olivia is half Irish and her father went to Trinity College and he Grey says that he has considered moving here with her and their daughters, Ivy and Florence. "There is all kinds of connections with Ireland and we have discussed moving here," he said.

"It's a time thing - when I had more time to give this country I was travelling all over the place doing shows and as the time pressures increased and you're trying to be in America, Australia, the intimacy and the imagination is taken out of it a little bit."

16 years after it's release, Gray's fourth album White Ladder remains the biggest-selling in Irish chart history and the 45-year-old is set to release his new album Mutineers on June 30.

Click on the links above to watch RTÉ Ten's full interview with Gray and a live performance of his new song Kathleen. 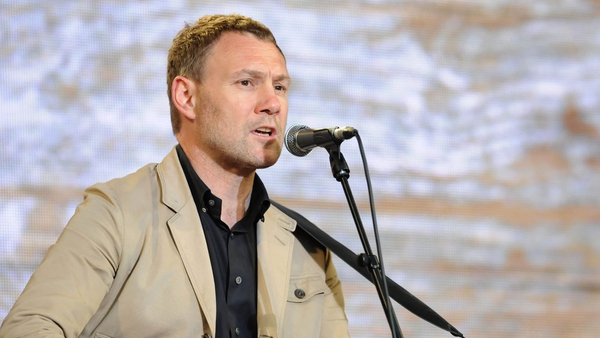