Ray Davies says The Kinks are in talks to record a new album and go on tour.

Davies, who recently took part in a public interview in the National Concert Hall in Dublin, claims the famously fractious band who broke up in the 1990s have resolved their differences.

He told The Sunday Times that Sunny Afternoon, a musical about their career, had helped lead them to reconcile and that he had been meeting his brother Dave with a view of writing together again.

“I met Dave only last week to talk about getting back together again,” he said. “We’ve also spoken a few times on the phone and emailed. He’s been composing his own songs, but I’d really like to write with him again.

“We both agree we don’t want to do old stuff or tour with past hits. It’s got to be something new.”

In January, The Kinks were rumoured to be considering a reunion to mark their 50th anniversary, with Ray, Dave Davies and Mick Avory, telling Uncut magazine they are keen to get back together.

“I think it would be nice to do something all together,” drummer Avory, who left the band in 1984, said. “The chances are diminishing as we talk. Hopefully me, Dave and Ray can meet before it happens."

Ray's brother Dave had previously played down suggestions of a reunion, arguing: "I don’t want to see the legacy of The Kinks soured by two miserable old men doing it for the money.” 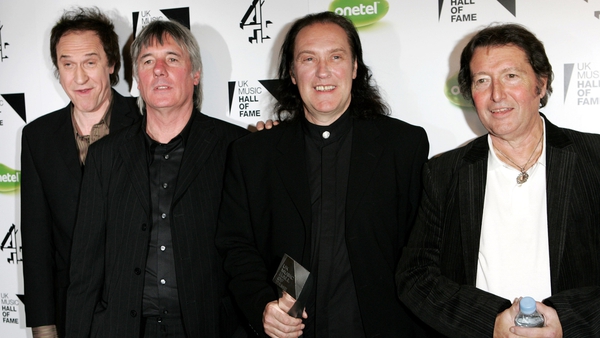 The Kinks may reunite for 50th anniversary