We've teamed up with Warner Bros. Pictures to give you the chance to win tickets to a special preview screening of Jersey Boys, directed by Clint Eastwood.

The screening will take place on Wednesday June 18 at 6.30pm at the IMC Screen Cinema, D'Olier Street in Dublin 2.

Based on the Tony Award-winning musical Jersey Boys, the film tells the story of four young men from the wrong side of the tracks in New Jersey who came together to form the iconic 1960s rock group The Four Seasons.

The story of their trials and triumphs are accompanied by the songs that influenced a generation, including Sherry, Big Girls Don't Cry, Walk Like a Man, and many more.

To be in with a chance to win, simply answer this question:

Jersey Boys is based on a Tony Award-winning musical. True or False?

Send your answer, name, address and telephone number, marked Jersey Boys Comp, to: tencompetitions@rte.ie. One entry per person. Closing date: Friday June 13. Prize is for tickets to screening on Wednesday June 18 at 6.30pm at the IMC Screen Cinema, D'Olier Street, Dublin 2 only. No other costs will be covered.

Jersey Boys opens in cinemas on Friday June 20. Cert: 15A. 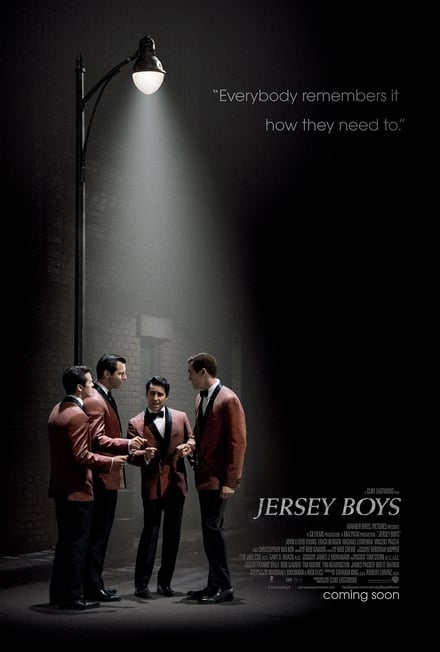