Foo Fighters front man Dave Grohl has said that despite their "bumpy past" he considers Kurt Cobain's widow Courtney Love to be like family.

The former Nirvana star was joined by Love on stage at the band's Rock and Roll Hall of Fame induction on April 10.

Grohl told  The Hollywood Reporter, "It was the Hall of Fame ceremony, but it meant so much to all of us personally that sometimes you forgot about the other stuff - like the arena and the trophy - and focused on real, personal things.

"I saw Courtney walking past [earlier in the night] and I just tapped her on the shoulder and we looked at each other in the eyes and that was it - we're just family.

"We've had a rocky road. We've had a bumpy past, but at the end of the day we're a big family and when we hugged each other it was a real hug." 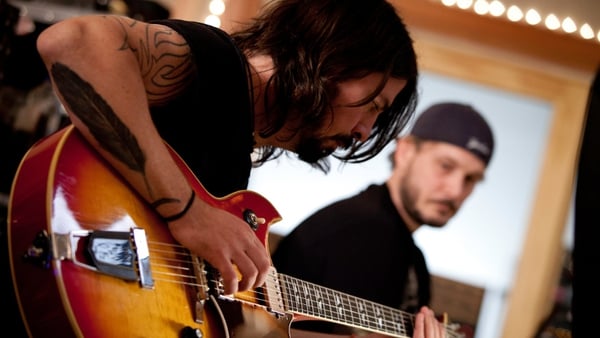