Peter O'Toole's daughter Kate has revealed that the ashes of her late father are being in held in safe keeping by President Michael D Higgins in Áras an Uachtaráin until he can be laid to rest in the west of Ireland.

Kate made the revelation at a memorial held in London yesterday (May 18) in honour of the actor who died last December, aged 81.

She told the audience, which included Kevin Spacey, Jeremy Irons, Stephen Fry and Omar Sharif, at London's Old Vic that President Higgins, a close friend of O'Toole, was minding the ashes until she had time to lay her father to rest near her home in Galway overlooking the sea, as were his wishes.

In a eulogy for her father, Ms O'Toole, said: "I brought my father's ashes home to Ireland where they are currently in safe deposit with the president who is minding them for me at Áras an Uachtaráin until I get a chance to return home and fulfil his wishes."

President Higgins first met the late actor in 1969 when they were introduced by a mutual friend and at the memorial he said: "We all know that time spent in Peter's company could never be described as monotonous. He transformed the most routine or mundane experience into exciting drama.

"This extended to his recreation and his love of sport. I recall on many occasions watching football matches on the television with Peter and he shouting loudly and encouragingly at the screen.

"Over the years I received many messages, always pithy, on matters political or cultural, or both. Rugby was, of course, one of Peter's great passions.

"After I was elected President, he wrote to me to not only convey his good wishes but to impishly suggest that we could now both get good seats at the Six Nations test matches and to count him in for the Aviva." 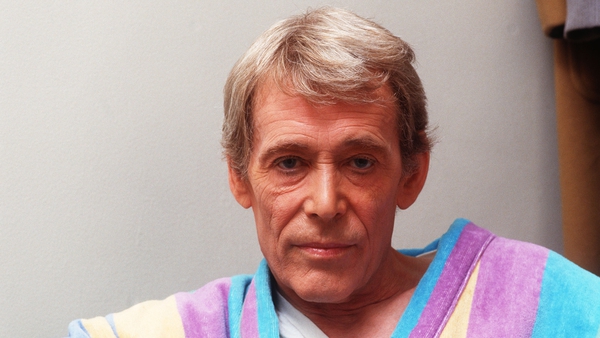