R.E.M. release their comprehensive MTV Unlugged sessions album this Friday and RTÉ Ten has an exclusive stream of the band performing their song World Leader Pretend. Listen here. Plus! Win copy of the Unplugged album.

R.E.M. Unplugged 1991-2001 sold out on vinyl on Record Store Day in April and will be released digitally and on double CD this Friday, May 16.

The new release features both of the band's Unplugged appearances in 1991 and 2001 and several performances that were never broadcast.

The hugely influential band brought US college rock into the mainstream and split up in 2011 after thirty years together.

In a sign of their importance and stature, they were the only act ever to be invited to perform at MTV's acclaimed Unplugged sessions twice.

Among the tracks included on the first disc are Radio Song, Low, Losing My Religion, Perfect Circle, Fall On Me, It's The End Of The World As We Know It (And I Feel Fine), and a never aired version of Get Up and World Leader Pretend.

R.E.M. made an extremely rare second appearance on Unplugged in 2001 with Imitation of Life, All The Way To Reno (You're Gonna be a Star), Find The River and Sad Professor.

RTÉ Ten has five copies of R.E.M. Unplugged 1991-2001 to give away. To be with a chance of winning, just send the answer to this question to tencompetitions@rte.ie. Closing date is noon on Friday, May 23.

Complete the title of this R.E.M. song - Disturbance at The Heron . . . 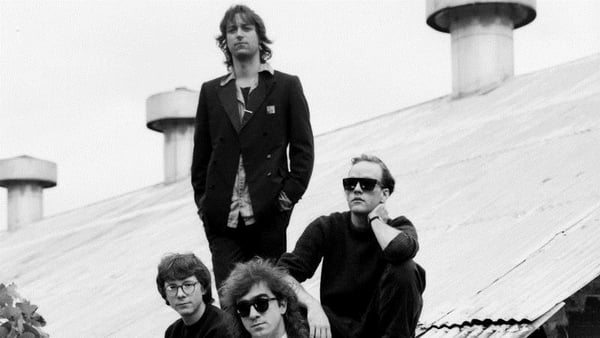