Claudia Winkleman has been confirmed as the new host of Strictly Come Dancing.

Winkleman revealed that she was "honoured" and "thrilled" to take over from Forsyth, who stepped down from the show after 11 series earlier this year. He will return for Christmas and Children in Need specials, but Winkleman and Daly will host the main series throughout the autumn season.

She said: "I have loved Strictly since the second it appeared on our screens and I am honoured and thrilled to now be part of the Saturday night team.

"Working alongside Tess is always fantastic and I can't wait to spend the weekends with her, our amazing dancers and the greatest judging panel on the planet. Sir Bruce is a living legend and we'll all miss him very much."

Winkleman previously hosted the Strictly spin-off show It Takes Two for six years, and recently presented the Sunday night results show to give Forsyth a rest. In the past she had also filled in for Forsyth on the Saturday night shows.

Daly commented on the news: "It's really exciting having two women host the show, and we are great mates so there'll be lots of fun to be had on and off the dancefloor, and of course I'll look forward to being reunited with Brucie for the Children in Need and Christmas shows."

Strictly Come Dancing will return to BBC One in the autumn. 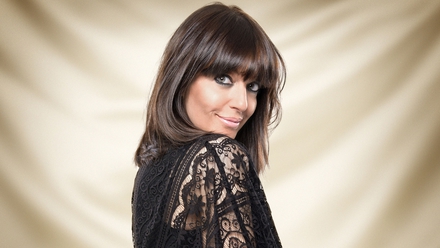