Saturday Night Live and Nebraska star Will Forte has said that playing a repressed doctor in new Irish film Run and Jump helped him with his own issues with OCD.

Forte plays against type as a neuropsychologist who comes to Kerry to observe a family dealing with the aftermath of a stroke and he told RTÉ Ten, "It really changed me. I've got OCD and I've got a lot of those issues and I certainly still have them.

"I'm not cured of them but I came back getting the big picture a little more. I'm not a fixed person, just a different person.

"There was a neuropsychology book that the director [Steph Green] gave me that was beautifully written but also very depressing. It was about the myth of the self and how that's just a mental creation and the brain is just a collector of data."

Forte also says that a chance to live and work in Ireland was one of the main reasons he accepted the role.

"When I was offered Run and Jump it was terrifying for me. It was so different from all the comedy stuff I'm used to doing but one of the main things that made me want to do it was that I got to spend two months of my life in Ireland."

Click on the video link above to watch our interview with Will Forte. 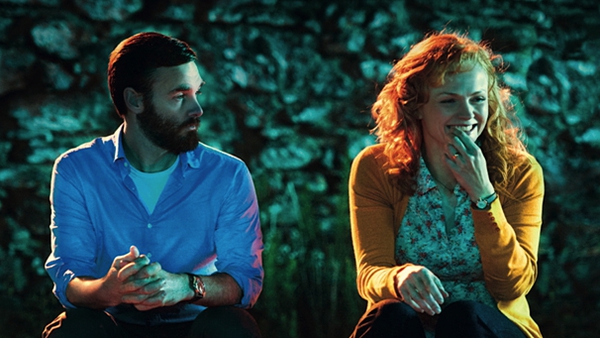