ITV will air a special show about Michael Flatley later this year.

Michael Flatley: A Night to Remember will celebrate 20 years since the famed Irish dancer came to prominence in Riverdance on the Eurovision in April 1994.

Since then Flatley has found success internationally touring his shows Lord of the Dance, Feet of Flames and Celtic Tiger.

The show will mark his first British TV performance in over a decade, and he will be joined on-stage by 30 dancers and musicians.

Christina Bleakley will host the one-off show, while Girls Aloud star Nadine Coyle will perform alongside him as The Goddess Erin.

Flatley said of the ITV special: "The last 20 years have been an extraordinary journey for me and I am honoured that ITV are celebrating my story along with so many friends and colleagues.

"I'm very much looking to performing with my dancers - a hugely talented group of young people and the stars of the future - for what promises to be a very special night."

Nadine Coyle added: "It is a real honour to be working alongside Michael and his amazing troupe of dancers in the new production.

"To be singing the title track is an absolute dream, it's such a fantastic song which perfectly captures the energy and drama of the show and I am really excited to be performing it on a night which celebrates Michael's incredible achievements over the past 20 years." 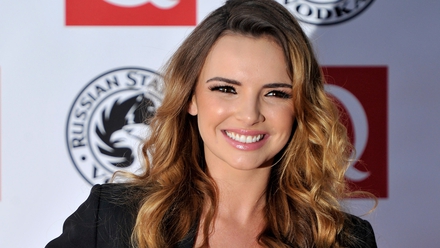