Today marks the 20th anniversary of the first performance of Riverdance as the interval act during the 1994 Eurovision Song Contest. Check out the amazing facts and figures.

That performance saw the creation of one of the most successful stage shows of all time which introduced Irish dance and music to the wider world.

As the votes were being counted around Europe, in the then Point Theatre (now the O2) Riverdance burst onto the stage and took the audience by surprise. From the haunting vocals of Anúna, the graceful elegance of Jean Butler, the explosive arrival of Michael Flatley and culminating in a long line of Irish dancers beating the stage in perfect harmony - a whole new genre of entertainment was born that still continues 20 years later.

The performance for Eurovision 1994 was presented by RTÉ, created and produced by Moya Doherty, with music by Bill Whelan, choreography by Michael Flatley and Jean Butler and staging by Mavis Ascot.

Since then there have been 11000 live performances of Riverdance in 46 countries on six continents to over 25 million people.

To date there have been 60 marriages within the cast of Riverdance and 87 Riverdance babies with more on the way.

The show has travelled 700,000 miles (or to the moon and back and back again), played to a global television audience of 3 billion people, sold over 3 million copies of the Grammy Award-winning CD, and over 10 million Riverdance videos and DVDs

Riverdance is looking for people to share their memories about that night at #riverdance20 or on www.riverdance.com

And the show is set to return to the Gaiety Theatre this summer from 23 June to 31 August 2014. Now booking. 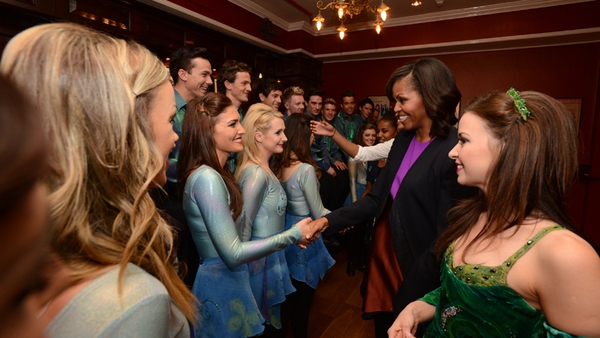