Cameron Diaz stole the show once more at the Munich premiere for The Other Woman wearing a baroque gold mini dress.

The actress chose an intricately embellished, golden Emilio Pucci dress which showed off her legs, further enhancing the look with a pair of leg-lengthening nude pumps.

The 41-year-old took centre stage in the metallic super-short dress, which she balanced with a laidback ponytail and simple glowing makeup. 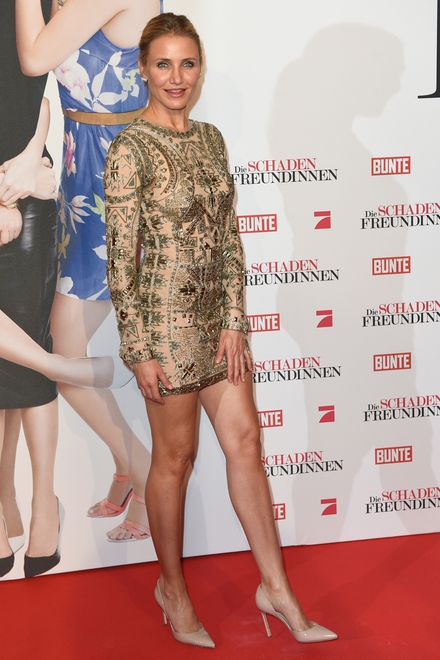 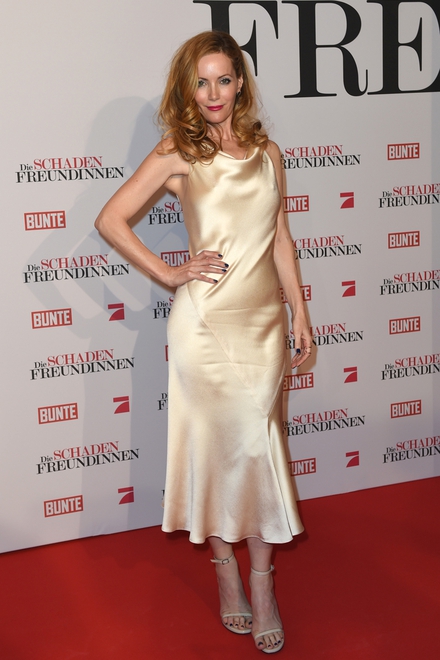 Kate Upton went for a scarlet, structured Fendi dress which she paired with her trusty pointed court heels. A bright red lip and smokey eye makeup finished off the very glamorous look. 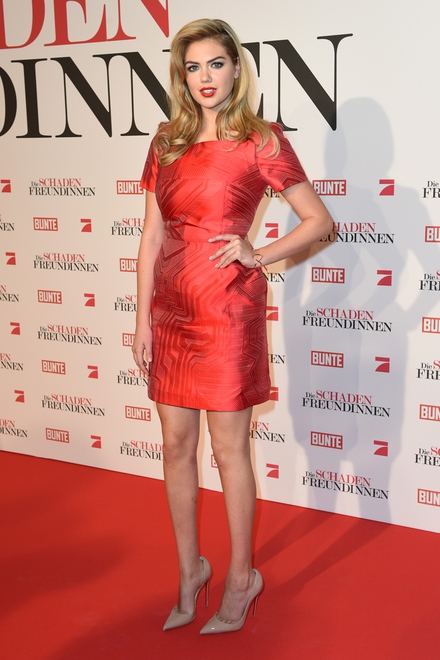 The Other Woman stars looked happy posing on the red carpet as they continued their hectic promotional run for the movie. 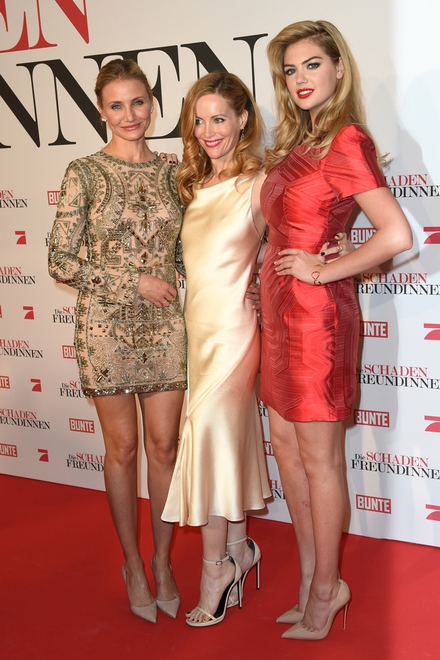 The actresses have been constantly impressing on the red carpet while promoting The Other Woman, particularly at the London premiere where they went for three distinct looks. 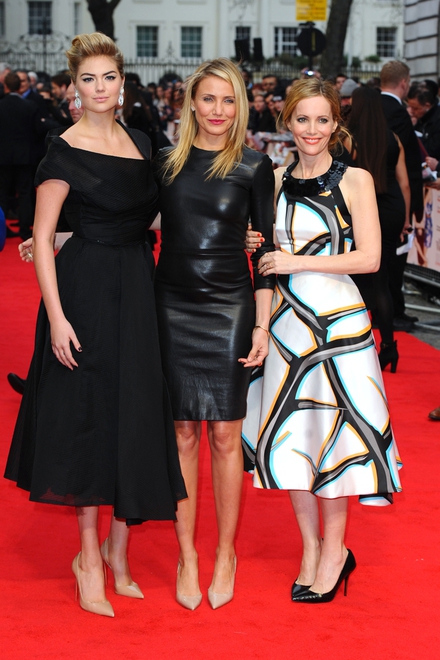 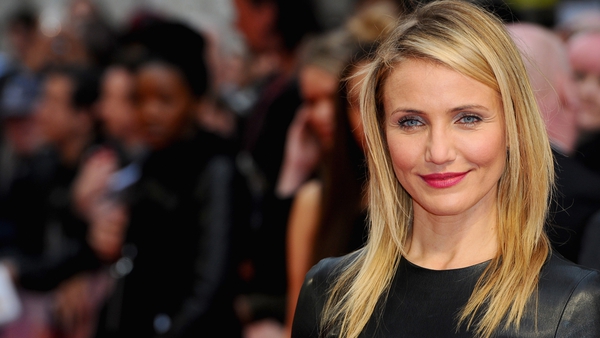