The epic Noah is out now in Irish cinemas. Harry Guerin finds out if you should be too.

How right he was - as the rain came down on cue outside, Russell Crowe said it best at the Noah fan premiere in Dublin's Savoy Cinema last Saturday: this film is not what you would expect.

Neither a 'disaster' disaster movie nor classic, Noah is, indeed, a strange boat - sometimes sweet and often savage, both thrill ride and cautionary tale. After watching, the riddle continues as to why Black Swan and The Wrestler director Darren Aronofsky felt it was his calling to make it, but there's also less of a feeling that a miracle will be needed to make the budget back.

The almost childlike writing on the opening credits sets the tone for a film determined to surprise audiences with a story they already think they know beginning to end. From costumes to characterisation, there are curveballs aplenty, but somehow Aronofsky manages to make most of them work, and the script is more nuanced than imagined.

As required, the visuals are excellent, but despite your own years rolling back as the animals arrive and are followed by the awesome spectacle of the flood, the most memorable scenes here are two which could have been performed on a small stage in a theatre. Both make you realise there was more tension and suspense to be wrung from the interpersonal dynamics in the first half of the movie than Aronofsky has managed - his biggest failing here.

Part Ahab, part Maximus and part Kurtz, Crowe brings everything needed to the title role, messing with your notions of how a hero should behave and reminding us of our own capacity for evil as well as good. What a pity, then, that we don't get even more of Ray Winstone as his nemesis. The English actor is on top form and brings a chilling present day resonance to so many of his lines. 'The Daddy' of modern man indeed - hopefully there's more of him and the supporting cast to see on the DVD.

The suspicion when an A-lister turns up on O'Connell Street early on a wet Saturday afternoon is that they have a tough sell on their hands and know it. But Crowe was right to avoid the gushing PR-speak in the Savoy because Noah is strong enough to speak for itself, and to disparate groups willing to give it a chance. Whether watched by people of faith, those of none, blockbuster fans, arthouse regulars, new release completists or the curious, it has something in common with the world outside the cinema: room for us all. 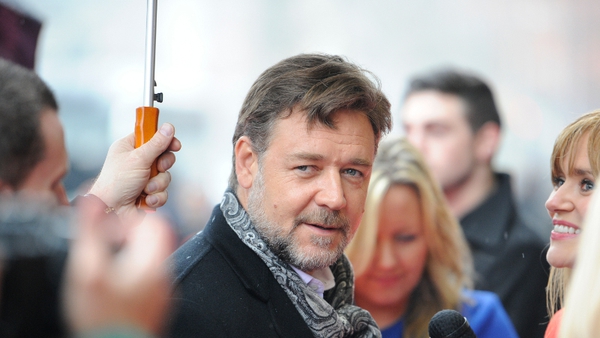