They were among the Federation's fiercest enemies in the first incarnation of Star Trek only to become uneasy allies in The Next Generation and now the Klingons have been honoured with their very own beer here on earth.

Warnog is the second ale from The Federation of Beer, a Canadian company who have an official partnership with the Star Trek franchise. Last year, they began brewing Vulcan Ale, an Irish Red to honour Spock's red home planet of Vulcan.

Now The Federation of Beer have commissioned the "Roggen Dunkel" style ale and named it Warnog to mark the warlike nature of The Klingons. According to the makers, Warnog "incorporates rye malt into a modern Dunkelweizen grain bill, creating a flavour profile that is both familiar and unique.

"Warnog's aroma is predominantly mild banana and clove produced by the German wheat yeast, supported by subtle sweet malt character from the use of Munich malt. The flavour draws heavily from the blending of the rye malt and traditional clove character, creating a very rich and unique flavour."

Make it a cold one, Number One. 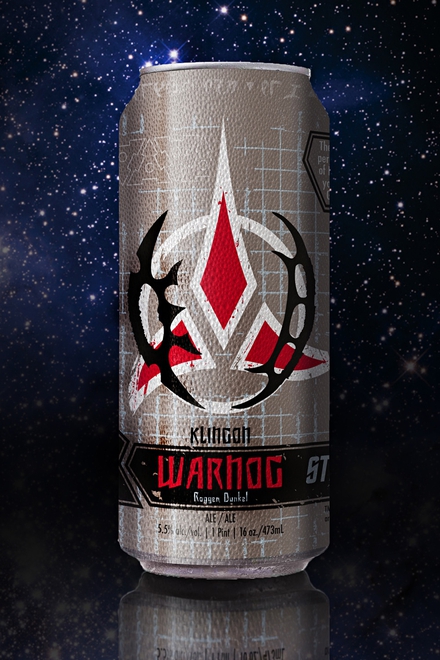