Having worked together on western Seraphim Falls, Pierce Brosnan and Liam Neeson will team up again on a very different project: a Belfast-filmed Christmas story which will be made by the Cinemagic International Film and Television Festival for Young People.

A Christmas Star will see industry professionals helping young people from across Northern Ireland bring the project from page to screen and marks the beginning of Cinemagic's 25th anniversary celebrations.

Brosnan and Neeson are both patrons of Cinemagic, with BBC, UTV and Panavision set to work in partnership with the festival to produce and premiere the film.

Cinemagic Chief Executive Joan Burney Keatings said: "Our Christmas feature film, a first for Northern Ireland, will bring young people from different cultural backgrounds together, and representatives from the worlds of film, television, music and sport will collaborate to celebrate creativity and highlight the importance of developing young people's skills and offering young people unique film and television related opportunities."

Call-out details for the film will be announced in May, with filming taking place in October.

For more on the upcoming Dublin Cinemagic Festival for four to 25-year-olds, visit: www.cinemagic.ie. 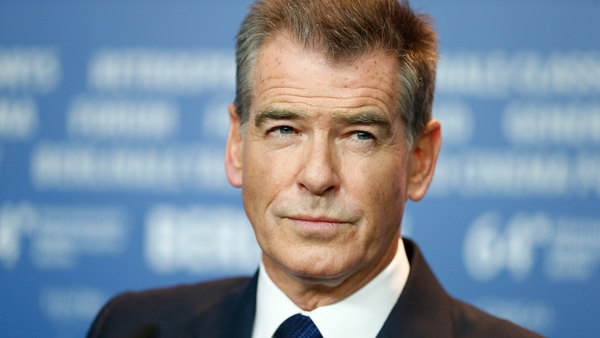 Brosnan inspired by Madeley for role