US President Barack Obama joked with Ellen DeGeneres that he was not impressed that she overtook his record for the most retweeted tweet.

Barack Obama spoke to Ellen DeGeneres live from the White House yesterday, when she called to check that he was looking after himself while the First Lady, Michelle Obama, is away in China.

Barack told Ellen that he had not made the bed since Michelle had left but he had done his exercise and snacked on crisps and carrots.

Ellen also seized the moment to brag that she had beaten the US President's record of the most retweeted tweet with her Oscars' selfie, which featured some of Hollywood's A-list stars.

She said: "I was aiming to break your record of retweets and I apologise for doing it, but I broke your retweet record."

Barack responded: "I heard about that. I thought it was a pretty cheap stunt myself getting a bunch of celebrities in the background."

Check out the full interview below:
RTÉ is not responsible for content on external websites 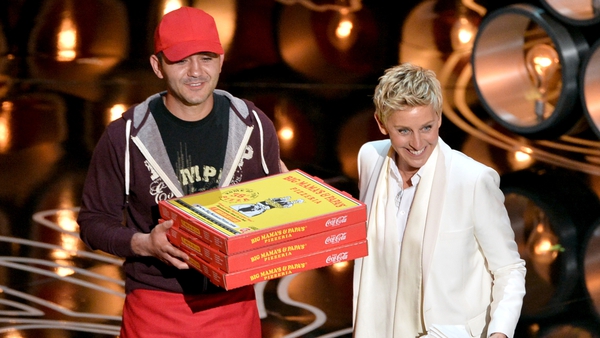