Derry teenager Rachael O'Connor qualified for the live shows of BBC's The Voice at the weekend. Here, the 17-year-old talks about working with her mentor on the show, Kylie Minogue.

What is the best bit of advice Kylie Minogue has given you?
Rachael O'Connor: In the Battle Round, Kylie said to me, it's not always about the biggest vocal, you can sing a simple song and still stand out.

How would you describe Kylie?
She is a girly girl, iconic, gorgeous, kind, really down to earth, warm-hearted and a role model.

How would you describe your Team?
It's hilarious; we are a family with a dad (Lee Glasson), a brother (Jamie Johnson) and a sister (Rachael). I think we have a really good chance. Lee does his own thing and reinvents every song he sings. Jamie's vocals are unbelievable, he can sing anything. He can belt really high and has a strong voice.

What is Kylie's coaching style?
She tries to help you do it yourself, she doesn't want you to rely on her - she wants you to work for it. She keeps her distance and lets us get on with it, but if we are stuck she will help us. She pushes to get the best out of you. One to one, she's chilled out and easy to talk to. She's like a wee mummy. She looks after me.

How are you feeling being away from home?
I will get freedom and independence. I hope it helps me grow up as I think I still live in a bubble. Mummy and daddy clean and cook for me. I'm a bit scared of missing everyone, but I can't wait to eat, sleep and breathe The Voice. Mummy is worried because she will miss me and also in case I cook and get food poisoning! I know daddy will miss me but he won't say it! 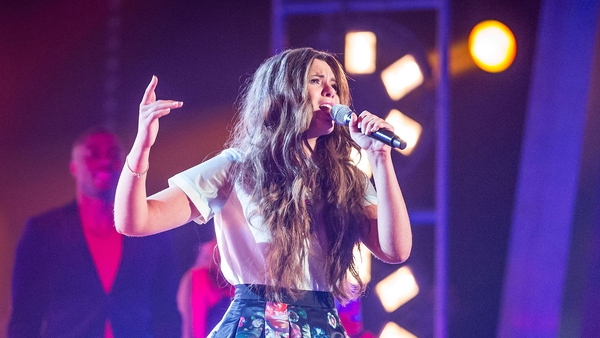