Modern Family's Sarah Hyland posted a video of her on-screen uncle Jesse Tyler Ferguson having some fun in the make-up trailer singing Defying Gravity from Wicked.

Hyland, who plays Haley on the hit comedy, shared the video on Instagram with the caption, "Then @JesseTyler and I had to get a little Adele Dazeem action #wickedlytalented"

John Travolta introduced Wicked star Idina Menzel as Adele Dazeem at the Oscars before she took to the stage to perform Let It Go from her animated feature Frozen.

Hyland also posted a video of her on-screen mother Julie Bowen dancing in the trailer with the caption, "When @arielwinter thought Robyn was 80s music,@itsjuliebowen gave her 80s dancing. Best morning ever. 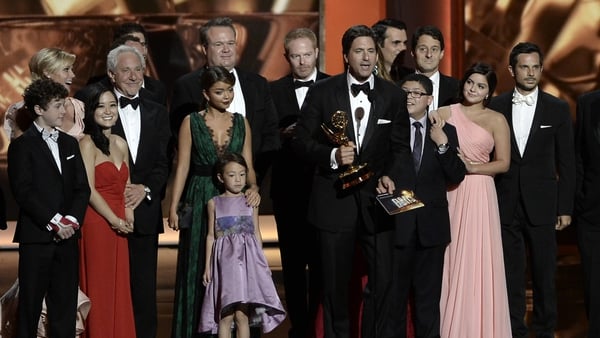