Bristol trip hop pioneers Massive Attack, Manchester rockers The 1975 and dubstep foursome Rudimental are the latest acts to be added to the bill for Longitude at Marlay Park, Dublin this July.

Massive will bring the weekend festival to a close on Sunday, July 20, Rudimental also play Sunday, and The 1975 play Saturday night.

Today's announcement coincides with the release of day tickets for the festival along with main stage breakdown of acts across the weekend. 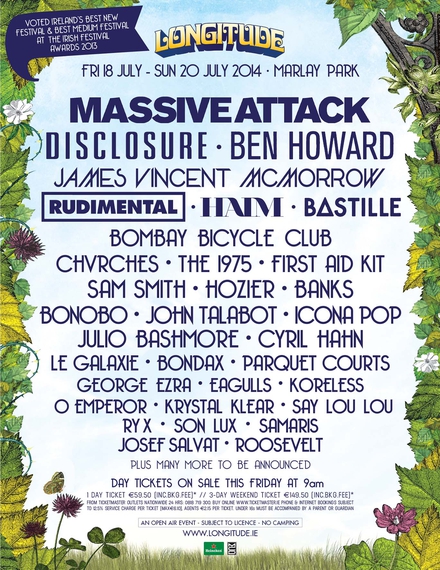