Leonardo DiCaprio has revealed he had his doubts about parodying Titanic on Saturday Night Live with Jonah Hill.

The Wolf of Wall Street stars re-enacted the iconic scene of Jack and Rose at the front of the Titanic while Hill was hosting SNL and DiCaprio told CBS This Morning of his initial doubts, but his sense of humour won over, "But then I said, 'You know what? This is actually pretty damn funny, let's do this'." 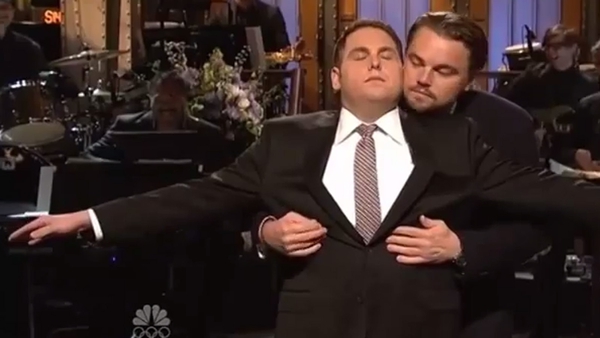