Tom Hiddleston wants Chiwetel Ejiofor to triumph at tonight's BAFTA Awards for his role in 12 Years a Slave.

The 33-year-old actor, who starred alongside Ejiofor in a production of Shakespeare's Othello, believes he will win Best Actor at the ceremony, which takes place at London's Royal Opera House tonight (February 16).

When asked who he will be backing at the bash, Hiddleston told Time Out magazine: ''Chiwetel Ejiofor. I did Othello with him and Ewan McGregor at the Donmar and it was the sort of performance that comes along every 25 years.''

Hiddleston, who can shortly be seen in new vampire movie Only Lovers Left Alive, says he has spoken to McGregor, who played the young Obi Wan Kinobi in the Star Wars prequels, about auditioning for J. J. Abrams' upcoming reboot.

He said: ''It'd be very flattering, of course. I did talk to Ewan about it once. When they asked if he wanted to be Obi Wan Kenobi, he said 'Are you joking? Of course!' But his experience didn't live up to the promise.

"Besides, I imagine they're looking for people who don't have an association elsewhere. The audience need to believe in the character, rather than saying, 'Oh look, Loki with a lightsaber!'' 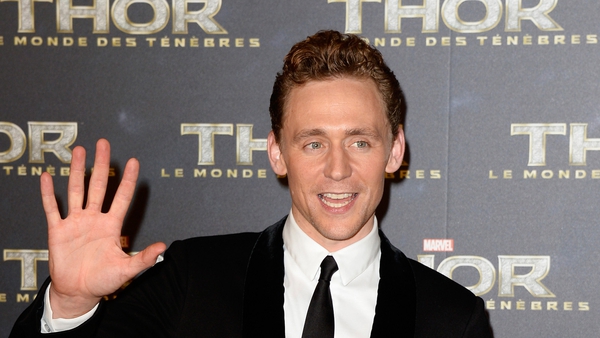