JK Rowling has said she wrote the first draft for Fantastic Beasts and Where to Find Them in just 12 days and that she wants the Harry Potter leads to play cameos in the film.

The author gave an interview to Wonderland guest editor, Emma Watson about the Harry Potter spinoff, based on a textbook used at Hogwarts written by Newt Scamander.

She said: "When Warner Brothers came to me and said they wanted to make a film out of the book, I had this simultaneous feeling of 'it has a lot of potential', and another feeling of slight panic that 'I know some things about Newt and I don't want you to ruin that for me!' because I knew who he was.

"I went away and sort of dwelt on what I knew about Newt, not intending to write a script but just trying to collect my thoughts.

"Then I really did have one of those moments that always make you phenomenally excited as a writer, but also that you know is going to end up being a ton of work.

"I thought, 'Oh my God, a whole plot's just descended on me!' But I wanted to do it as I was really excited about it... I thought I'll give them this plot and then, fatally, I sat down and thought, 'I just wonder what it would look like...' and wrote a rough draft in 12 days!"

Rowling also said that she wants the Harry Potter cast to cameo in the film: "I really want you, Dan [Radcliffe] and Rupert [Grint] in really heavy make-up in the background of a scene in Fantastic Beasts, and I'll join you."

She added: "We'll sit in a bar room having a laugh for an afternoon, and then we can see if anyone can spot us. I personally would like to be in drag, just to make sure no-one can spot me at all!"

She also revealed that Deathly Hallows is her favourite Harry Potter book saying that it was a "phenomenally emotional experience" to write.

She added: "It wasn't just about the writing.

"It was wrapping up a story that had taken me through 17 years of my life and had meant as much as any literary creation can mean to any writer." 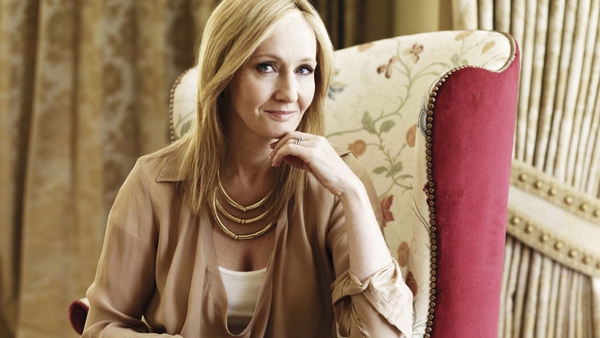