Pharrell Williams will perform for the crème de la crème of the acting world at this year's Oscar's ceremony.

The 40-year-old singer is nominated for an Academy Award in the best song category for his track Happy, which features on the Despicable Me 2 soundtrack.

He is up against Let It Go from Disney's Frozen, The Moon Song from Her and U2's Ordinary Love, which is on the soundtrack to Mandela: Long Walk to Freedom.

It has been announced that the Grammy winning artist will perform Happy, which has received over 48 million views on YouTube, at this year's Oscar's ceremony.

Ed Sheeran recently revealed that he met the star at this year's Grammy Awards and couldn't believe how easy it was to get along with him.

Sheeran said: "We had fun, he's a nice guy. He's such a humble guy. He doesn't really take compliments. He just brushes them off and kind of carries on talking about stuff." 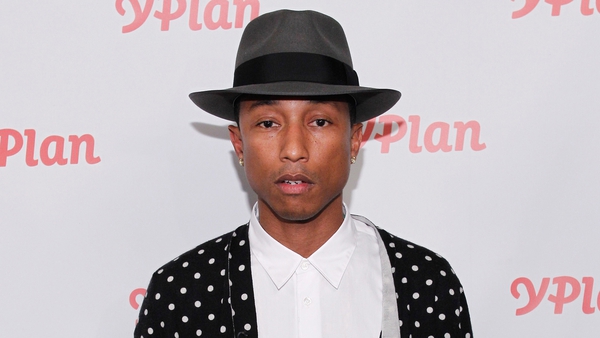