The Iron Man and Sherlock Holmes star has been meeting with music label executives as a result of a duet between him and Sting singing Police song Driven to Tears, which became a huge hit on the internet.

The Irish Examiner quotes a source who said: "Some of the biggest names in the music industry are helping Robert put his album together.

"Robert has already recorded several songs and he sounds better than a lot of the performers out there."

Sting and Robert have been friends for years, and he even convinced the former Police front man to sing the band's Every Breath You Take when he appeared on Downey Jr’s TV show Ally McBeal in 2000.

The source added: "Those two go way back, and you couldn't ask for a better musical mentor than Sting.

"It's clear Robert is talented, and he's been writing music for as long as he can remember. Who knows, maybe he'll win a Grammy before he wins an Oscar?"

This would not be Downry Jr’s first foray into recording music. Back in 2004 he released as album entitled The Futurist, which consists of eight pop ballads written or co-written by Downey Jr as well as two covers.

Here's the video of Robert Downey Jr singing with Sting: 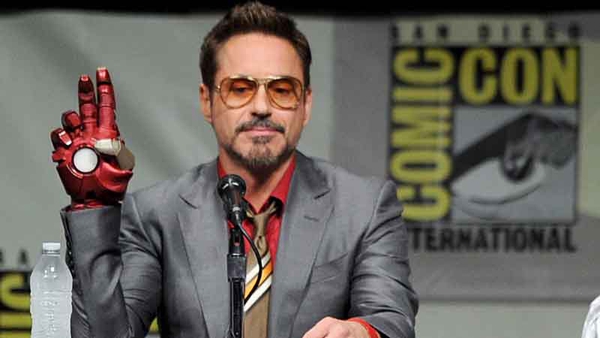