New EastEnders star Danny Dyer has described his role in the BBC soap as "another level" of fame.

In an interview on The Jonathan Ross Show to air on ITV this Saturday, Dyer, who plays Mick Carter, says: "I can't help but feel a bit overwhelmed by it. You're brought up watching it and all of a suddenly you are there."

Dyer continues: "The other thing you worry about is calling her Dot or calling him Phil. It's weird, because I was talking to Shane Richie and he called me Mick. I thought, '**** that, I've been trying everything in my power not to call him Alfie and he Micked me off'."

Dyer says the current storyline, where Mick's son Johnny (Sam Strike) told his family he was gay, was "a real positive thing".

He says: "A lot of young gay men, who hadn't come out yet, they saw that scene and I was getting letters from these guys saying they came out the next day because of it. That's a powerful thing and I was really proud to be associated with that.

"They [the producers and writers] spun it on the head for me, because obviously my perception and what people think I'm about - that I was going to react badly - and instead I just cuddled him and said, 'Listen, it's fine, I love you, no problem'." 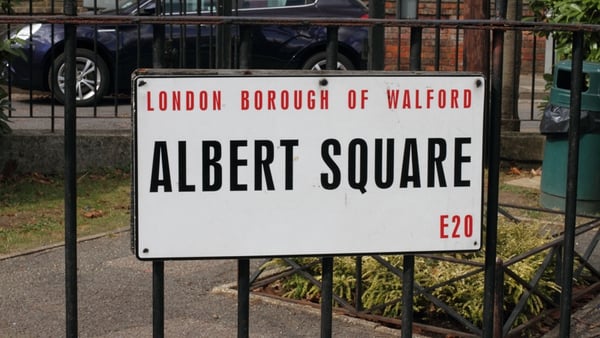