All three dates for the Garth Brooks Comeback Special Event sold out this morning.

In excess of 10,000 people queued around the country at Ticketmaster outlets and the entire 240,000 tickets sold out in 90 minutes. This is the first time that an artist has sold out three dates at Croke Park in one day.

"In 52 years of business this is the fastest selling concert Aiken Promotions have ever been involved in." Peter Aiken said.

With #GarthBrooks trending on Twitter, we found out what fans had to say - (disappointed fans many want to look away now).

With #GarthBrooks trending on Twitter, we found out what fans had to say -

Phew one of the lucky ones!! All 3 dates are sold out!!! #GarthBrooks pic.twitter.com/OGR7YvkOL3

The sale of cowboy boots and Stetsons will be epic 😂 #GarthBrooks

Wow! #GarthBrooks was IN DUBLIN this morning. Some fans got a picture in the Ticketmaster queue at Stephen’s Green pic.twitter.com/P0mRxwjC3Q

Got my tickets #GarthBrooks pic.twitter.com/kdironAye2

I'd like to personally thank #GarthBrooks for giving this Westmeath woman a reason to go to Croke Park during the summer months! GB Abú

I showed up in Boots to pick up my Garth Brooks tickets but turns out they're not selling them?

Disgusted about not getting the #GarthBrooks tickets. Any chance of a 4th date?! 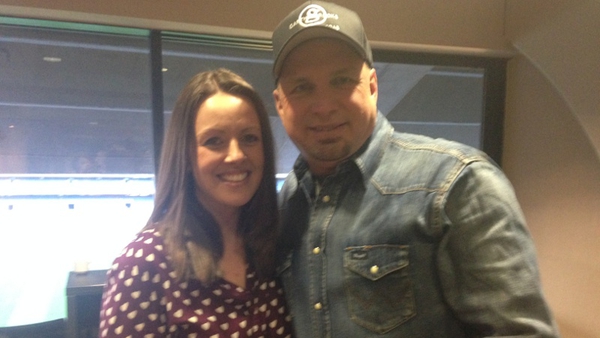