A clip from Frank, the upcoming Irish comedy directed by Lenny Abrahamson and starring Michael Fassbender, Domhnall Gleeson and Maggie Gyllenhaal, has been released.

Frank received its world premiere at the Sundance Film Festival last Friday night, with trade paper Variety describing it as a "weird and wonderful musical comedy".

It will be released in cinemas on Friday May 2.

Frank tells the story of wannabe musician Jon (Gleeson), who throws in his lot with an electronic pop group, "led by the mysterious and enigmatic Frank (Fassbender) and his terrifying sidekick Clara (Gyllenhaal)".

Written by Jon Ronson (The Men who Stare at Goats) and Peter Straughan (Tinker Tailor Soldier Spy, The Men who Stare at Goats), Frank is based on Ronson's memoir and is described as being "a fictional story loosely inspired by Frank Sidebottom, the persona of cult musician and comedy legend Chris Sievey, as well as outsider musicians like Daniel Johnston and Captain Beefheart".

Sidebottom creator Sievey passed away in 2010. 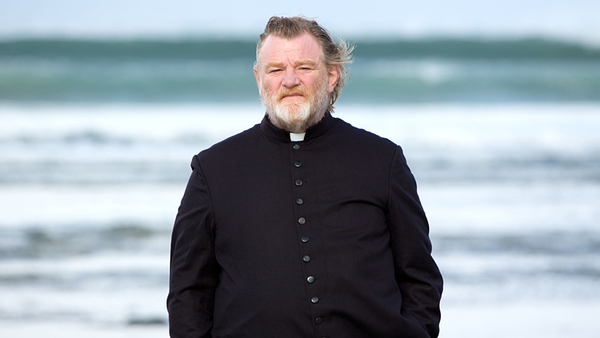