Award-winning actor Jeremy Irons has been made an Honorary Corkman at the annual Cork People of Year Awards, which took place in the city today (January 17).

Accepting the honour, Irons, who lives part of the year in Skibbereen in West Cork, said that as a "blow in" he was delighted and humbled.

Irons spoke of his love of West Cork, saying he knew from day one that he had "come home".

He said the honour was up there with his acting awards, including the Oscar.

The actor was presented with the honour by the only other Honorary Corkman, film producer David Puttnam, who also lives in West Cork.

Puttnam first introduced Irons to the area 25 years ago and soon after the actor bought his first home. 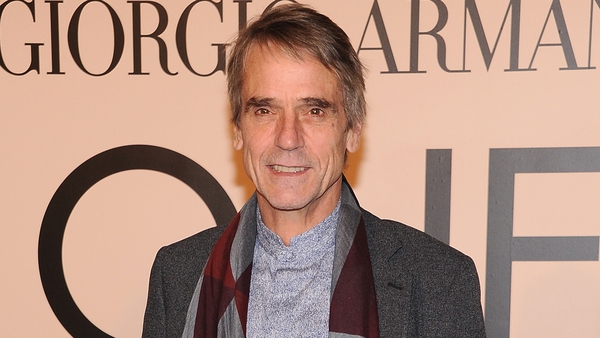 Jeremy Irons to be made honorary Corkman Entertainment