Ronnie Wood's wife Sally sometimes gets mistaken for his daughter and she thinks it's a reasonable mistake for people to make given the age difference.

The Rolling Stones star told Hello! magazine, "Once in a while, she gets mistaken for my daughter."

Sally, who is 31 years Wood's junior, added, "We were getting off an aeroplane just recently and someone said loudly, 'Oh my God, it's Keith Richards.' Then to make it worse, they asked, 'Are you his daughter?' I was thinking, 'Please just stop talking'.

"But the fact is there is an age gap so it isn't unreasonable for someone to think that. It seems to bother other people more than it bothers us and then you have to remember you don't know those people because the people who do know us, don't flinch about it."

Ideally however for Sally, Wood would be younger, "Do I wish Ronnie was younger? Yes, but only from the point of view that you can't go on forever so it's about the amount of time we'll have together. But it is what it is and honestly, maybe it's the old-soul-young-soul thing, but we don't notice it." 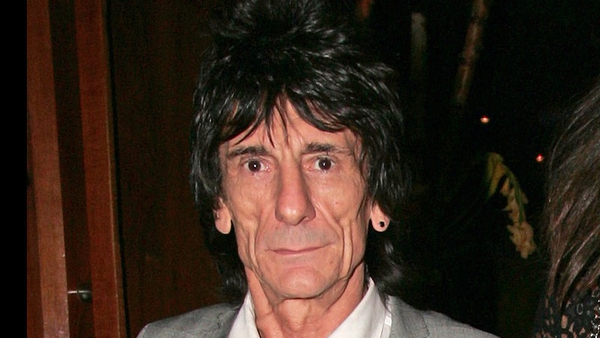