Jennifer Aniston has dubbed her thirties as her "awkward phase", saying that she is much happier now than she was then.

Speaking to Parade magazine, she said: "I don't think I had a care in the world at 25. That all started in my thirties, my awkward phase. I'm a little bit of a late bloomer! But it doesn't matter to me because it just gets better."

Aniston added: "They do say youth is wasted on the young, but I feel just as youthful now – if not more – than I did when I was 25."

The We're the Millers star also admitted to catching the odd episode of Friends on TV: "I actually will always stop and watch, not for the whole thing, but usually because I've forgotten a lot of the episodes. It's sort of fun for a second, I'm like, 'What's this one?' And sometimes it comes back to me.

"I always know what year it was by what length my hair was or what colour."

The former face of L'Oreal had some of the most copied hairstyles during her time playing Rachel Green on the timeless comedy, but she still has some hair envy of her own.

"I think Gisele [Bundchen] has exquisite hair. That's a pretty envious head of hair! And I love Kate Moss. She always has great hair," said Aniston. 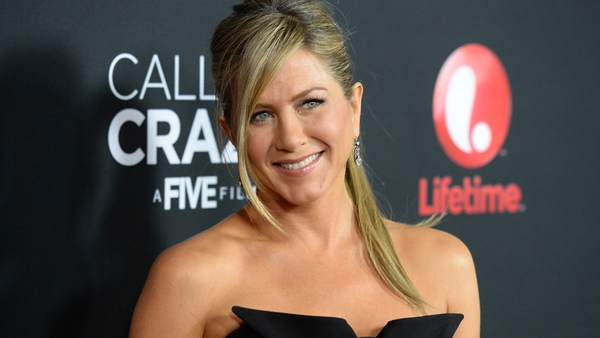