George Clooney says he laughs off constant rumours that he is gay but hasn't issued a public denial because he doesn't want to offend the gay community.

The 52-year-old actor, who split from actress Stacy Keibler in July after a two-year romance, told the UK edition of Esquire magazine about the best rumour he'd heard about his sexuality.

"[A headline read] 'George Clooney's gay-gay-gay.' And I said, 'I'm gay-gay. The third one's pushing it.' Well now, I'm gay. You're not going [to deny it] because that's flat out insulting to the gay community."

The 52-year-old star also recalled being asked during a TV interview whether he had ever had plastic surgery. He replied that he had once ironed his testicles. "So now, long after I'm dead it'll be, 'George Clooney had his balls ironed.'" he joked.

Gorgeous George, who can be next seen in WWII comedy-drama The Monuments Men, also spoke about his days as a journalism student, a time when he was more interested in partying than studying.

"Suddenly I'm in downtown Cincinnati at the end of the disco era - this is 1979, 1980 - and it was drive-through liquor stores and bars that stay open till 4am and you could drink at 18 so it was, 'Woohoo party!' I would go to class, but really enjoyed going out in the night a lot more. I was not a good student." 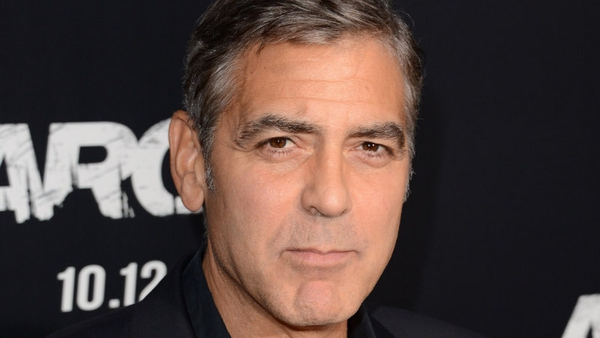